By: Garth Williams
Just what is the fourth industrial revolution? No really, what is it all about beyond the hype and jargon? In part one of a two-part story, I take a look at some of the concepts behind the so-called fourth industrial revolution or FIR and introduce the emerging concept of transformative innovation to achieve the Sustainable Development Goals. I also build a case for an alternative perspective to the FIR anchored on successive and overlapping technological revolutions.
The 2019 Annual Meeting of the World Economic Forum or WEF took place earlier this year in Davos, Switzerland under the theme Globalization 4.0: Shaping a Global Architecture in the Age of the Fourth Industrial Revolution.
According to the WEF, the world is on the cusp of a fourth industrial revolution. This revolution is purported to be based on cyber-physical systems in which the digital world and the flow of data, the ‘cyber’ part, exists alongside the real world of factories, equipment, vehicles, etc., the ‘physical’ part. Other features of this so-called revolution are the convergence of several digital technological domains and the blurring of boundaries between the physical, biological and digital realms.

Up until the mid 18th century, industry was artisanal or handicraft-based in nature, e.g. metalsmiths, cobblers and potters. Society was predominantly agrarian, with very little division of labour. Starting in 1784, the WEF maintains that the first industrial revolution advanced human progress through new forms of power generation, namely water and steam, thereby facilitating the mechanisation of production.

The second industrial revolution commenced in 1870 according to the WEF. It was characterised by mass production based on the distribution of work and facilitated by the harnessing of electricity and infrastructure construction through canals, railways and electric-power lines.

The WEF maintains that society is currently in the third industrial revolution. Starting in 1969, advances were made in electronics and information technology which underpinned the automation of production.

The FIR narrative is exceptionally strong in South Africa "according to Johan Schott, Professor of Comparative Global History at the University of Utrecht in the Netherlands. Prof. Schott should know. He’s travelling the world promoting what he and other science, technology and innovation policy researchers are calling transformative innovation.

Currently, innovation is seen as good and desirable. But some innovations come with what economists euphemistically term negative externalities. Think oceans plastic, asbestos, chlorofluorocarbons and leaded petrol. The Schumpetarian notion of innovation being a process of creative destruction often flips into destructive creation.

Innovation (and the associated science and technology) is also not neutral but rather has ‘directionality’. This takes any number of forms such as lock-in to poor choices. Consider the QWERTY keyboard, which was purposely designed to slow typing down to prevent mechanical typewriters from jamming. Then there are policy-makers with biased agendas influencing the choice of energy technologies.

In the UK, politicians ignored the advice of scientists who warned that beef infected with bovine spongiform encephalopathy or mad cow disease may not be safe to consume. Then there’s path dependency in which innovation in a firm is typically limited to its accumulated capabilities – it tends to make similar products and services to the products and services it has made in the past.

For transformative innovation, the 17 Sustainable Development Goals of the United Nation’s Agenda 2030 are central. Innovation ecosystems would be harnessed to address global challenges.

A look at South Africa

Getting back to the FIR. It is certainly high on SA’s political agenda, and surprisingly has remained firmly on the agenda for the last few years, demonstrating remarkable staying power. As such it has utility and currency, even though several commentators and policy researchers disagree with the term fundamentally on many levels.

‘Fourth’ and ‘industrial’ and ‘revolution’ can all be challenged. And what does it mean for SA given the not insignificant size of the informal sector and other non-industrial elements of society? But we are stuck with the term for the time being, mostly because an appropriate Mzansi equivalent has not yet been coined.

One cringes when reading yet another article or listening to another speech that repeats the top-level WEF narrative almost verbatim. The usual elements of digital technological convergence, pace and scope of change and blurring of boundaries between the physical, biological and digital realms manifest without much contextualisation, analysis or understanding of the fundamentals underpinning technological change.

This is not to malign the WEF’s efforts in any way. The organisation does excellent work and serves as a great intelligence resource. For example, its 2018 Future of Work study is a great report that looks at global drivers and trends shaping how future workplaces and associated skills requirements might look like.

The prevailing narrative taps into the emerging post-humanist discourse in which humans are seen to not only be cybernetically augmented but eventually ‘evolve’ beyond our physical bodies. Developments in the technological components of the FIR (e.g. artificial intelligence, the Internet of things, cloud computing, data analytics and augmented reality) also continue apace, with their effects seen in society and being felt in the economy.

While the efforts of techno-optimists like the WEF, global management consultancies and the upper echelons of local universities and public research organisations have most certainly contributed to the FIR being foremost on the agenda, if one digs a bit deeper the narrative starts to unravel.

FIR proponents create the impression that the opportunities created are evenly distributed and available to all. But one forgets that previous technological revolutions manifested in specific locales and then spread slowly to other regions, often over the course of several decades.

Such technological revolutions manifest within specific countries due to a complex set of factors, partially predicated on the creation and growth of specific scientific- and knowledge-based capabilities which are cumulative and path-dependent, mostly within firms.

Additionally, during the time of these successive and overlapping technological revolutions, Africa was largely excluded and exploited through colonialism by various European powers. And then in the period when African countries gained independence, efforts were focused on recovery, nation-building and de-colonialisation, while contending with the overt requirements of international development finance institutions like the World Bank, or the covert and sometimes not so covert actions of global super-powers.

In Part 2, will continue the analysis by looking at using appropriate existing technologies innovatively within local contexts to solve local challenges, the somewhat deterministic (‘no agency’) nature of the FIR narrative, and the need for a coordinated and joined-up effort for development, growth and a better quality of life for all in South Africa. 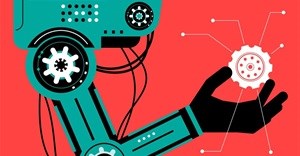