By: Russell Jarvis
In February we announced one of the biggest VC investments of its kind in an African company. At $40m it is so far the largest in an online travel company on the continent.
Tasked with getting the message out in all the right places, I figured that landing our news in front of your FT.com’s, TechCrunch’s and VentureBeat’s would be a piece of cake given the size of the investment. Simply put they’re the Michael Jordan’s of funding announcements and this was our chance to get the nod from a few of them. Lesser deals had been featured beyond a roundup article only and we wanted a piece of the prestige.

Getting top tech media interested in our story should’ve been easy enough to do; it had all the elements of what makes them tick – a hefty price tag, a global technology investor on one side and an emerging markets tech company on the other, CEO and investor sound bites and a strategic partnership with a mobile telecoms giant – a few carefully crafted email pitches and it should’ve been a certainty as soon as the embargo ended.

Pity my piece of cake assumption couldn’t have been further from the truth. Apparently it takes more than a “paltry” 40 mil to create a buzz …

Every PR announcement starts with planning. Taking what works and then plugging in fresh insights and contacts to move it from a generic approach to a custom one that marches to the beat of the writers you target.

A few weeks before we were set to announce our news Skyscanner went live with theirs – kudos to them; they raised $192m and their subsequent $1.6bn evaluation gave them Unicorn status; undeniably meaty enough to capture the attention of the global tech and business media.

Skyscanner’s announcement also sprung me an olive branch to build a list of elite press contacts from big tech sites who are actually reporting on transaction news in the online travel space. It was as easy as visiting the sites reporting on the deals and then scooping the Reporters’ contact details; sometimes requiring a bit of sleuthing to uncover email addresses where they weren’t readily available.

For the first time I also enlisted the help of a news wire distribution service to supplement the planned individual outreach. When it comes to PR I believe individual, personalised pitches trump the spray and pray method of the wire, but in this case the magnitude of our announcement warranted some added NOS.

Like a rabid Tinderer I flirted openly with journalist’s who on any other day would be out of my league. I shopped exclusivity around to a select few before going public; one respected tech writer gave me a fleeting thrill when he responded positively to my advances, but he didn’t want to take the story to his editor unless we disclosed a valuation which we weren’t keen to do.

By familiarising myself with what they had recently covered I was able to knock on journalists’ doors with an informed angle and then use it as a point of reference in the outreach. An excerpt going something like…

“I am writing to give you a heads up on news that will be released tomorrow regarding an investment in an online travel agency called Travelstart. The investment is a great example of the increasing focus of 'Western' venture capital investors on businesses whose growth plans are based on the rapid expansion of internet access and mobile phone usage across Africa. As the FT has highlighted in its Smart Africa series, according to McKinsey, by 2025, 500 million people in sub-Saharan Africa will have internet access and 360 million of those will access via smartphones. Africa has one the world’s fastest growing middle classes and entrepreneurs in the region are building companies that meet the particular needs of the population – with different infrastructure and logistics than experienced in developed nations.”

In terms of the big name tech and media outlets, these efforts amounted to nil.

With our announcement date fast-approaching and little interest in our offers of exclusivity I switched to pre-briefing to whet appetites. Under the conditions of the embargo I was able to drum up some interest by being totally transparent about the nature of the deal and again offering CEO and investor interviews to make it worthwhile for them.

Emails were crafted more succinctly this time, and instead of a long-winded introduction, I approached them with the assumption that they knew our company – this mindset helped me cut to the chase in the comms.

Email subject lines and copy were split-tested, and follow ups on Twitter with a personal handle lent my faceless emails some humanness.

Still none of them were stirred enough to get back to me … either that or all the emails went to junk.

Pursuing [insert big tech site]… Is it worth it?

Going after the likes of the Financial Times and TechCrunch was a strategy of guts and glory and while it didn’t work for us this time, local media rewarded us handsomely for the same tactics.

While we were dealing with rejection/being ignored a colleague asked, “Is the exclusivity route worth the time and effort? Personally, I do not see value in it for an announcement like this. The content of the announcement is not worth the risk of getting a “News in Brief” exposure in other media just because it was run elsewhere, worse by a competitor media platform.”

There’s a lot of truth in that statement – plugging away at a big tech site for coverage in exchange for exclusivity is risky. While we might hit the jackpot by getting featured on a major site, we may sacrifice exposure in local media which our customers and competitors are more likely to be reading.

Word travels fast in the information age and giving one news site the scoop and still expect coverage on the same announcement from similar publications a few hours or day later is counter-productive.

Locally (around Africa) ours was a positive foreign investment story which the press were delighted to hear about – seeking street cred from global media houses is not the be all and end all.

It was only when I attended a conference a few weeks after we went public that I realised our news got the mileage which validated the effort. A VC from Dubai spoke about deals in Africa and the Travelstart one was the first he mentioned.
NextOptions
›
Email Print PDF
Follow

A seasoned marketing and communications specialist, Russell Jarvis started his own consultancy in 2017 after eight years at online travel and FinTech companies. He is based in Cape Town.
Don't miss BizTrends2022 - 7 keynote speakers forecast trends shaping business in our region! Register now! 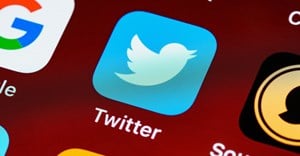 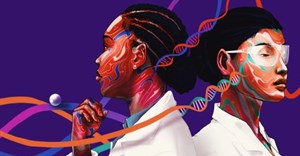 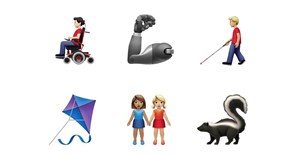 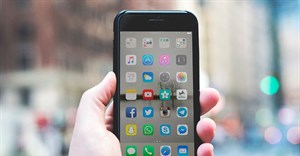 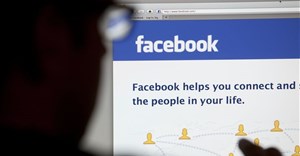 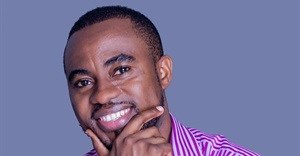 Telcos are the real media giants in Africa8 Nov 2018