22 Jun 2015 | Email | Print |  PDF
By: Jannie Hofmeyr, Issued by: Kantar
This story begins in the United States when car ownership exploded in the 1950's. Detroit led the world in car manufacturing with faster, ever more powerful cars. In 1956 Russia kicked off the space age with the Sputnik. Car design followed with tail fins designed to look like rocket ships.
Against this backdrop, Volkswagen shipped the first Beetles to the United States. In 1951, Americans bought just 390 of them. By that time, Americans were already buying more than five million cars a year. The Beetle had a market share in the USA of 0.0007% - or less than 1000th of a percent.

It's hard to imagine that you could succeed with a small, slow, hard to get into, oddly shaped, engine-at-the-back car; when aspirational cars mimicked rockets. Even entry-level cars like the Ford Prefect had vestigial wings. But the Beetle built a solid reputation in the USA as a practical and reliable car. By 1959 it had a market share of 1.4%.

Then came what many advertisers agree was the greatest campaign of the 20th century: Think Small (1959) by Bill Bernbach of Doyle, Dyane, Bernbach.

Two campaigns that aimed to shape what you should want

On the left: a print ad for the Chevy Bel Air, the most aspirational family car of the time. Big suburban house. Mom and dad, boy and girl, family dog. Mom's behind the wheel to make the point that it's her car too. The second car is a Corvette - a sports car.

Success could not be more visible; consumption could not be more conspicuous. And you could not have a more impractical solution to the transport needs of most suburban families. We're being asked to agree that the Bel Air is the perfect car for Mom (who will be doing most of the day-to-day driving); and that a Corvette is the best solution if you can afford a second car.

But visible success is such an ancient driver of human choice in all cultures, that it continues to be one of the best ways to lodge a brand in the brain. It is certainly the single most effective way to get people to spend more than they can afford - on anything.

So much has been written about what makes this a great campaign that I'm not going to add much. Let's look at the copy. "Our little car isn't much of a novelty anymore... Nobody even stares at our shape. In fact, some people who drive our little flyer don't even think 32 miles to the gallon is going any great guns. Or using five pints of oil instead of five quarts. Or never needing anti-freeze. Or racking up 45,000 miles on a set of tires..."

This is the alternative to 'visible success'. It's a back-of-the-hand whisper about self-esteem: 'we all know that most people aren't that successful - but that many can be induced to over-pay to look successful'. It's the original 'the practical choice is the smart choice' campaign. And it was perfectly timed to coincide with what became a youthful, counter-cultural flood in the 1960's. It was the polite middle-class 'finger' from some, to the over-blown aspirations of their middle-class peers. And then it became the young's 'finger' to the affluent aspirations of the mainstream.

In the face of the all-too-human desire to feel good about oneself, 'practical choice' campaigns often wilt when confronted by their 'visible success' counterparts. It's all very well to be told that you're being sensible, but that doesn't stop you from feeling average. Bernbach found a way to turn that on its head by making it obvious that the car was immensely proud of itself; and then by adding a bubble-pricking sense of humour.

The small really serious car with its tongue in its cheek

It makes your house look bigger! And if you run out of gas (which you won't - as you know), you can push it... and we know you're not stupid enough to be seduced into buying a new car every year, just because we change the shape. The campaign's real genius lies in the way it suggests that the need to be visibly successful is dumb. 'If you're driving one of those monster cars,' the campaign implies, 'then I don't care how successful you are, it's not smart - perhaps you have self-esteem issues.'

To top it all: the whole family can get into it - including the dog!

Through the 1960's, the market share of the Beetle in the USA grew by almost 400%. By the end of the decade it was easily the biggest selling imported car. Its share rivaled that of the more popular local marques. This wasn't just about distribution. And it wasn't just about 'advertising as publicity'. This was about advertising that helped to shape what people wanted. Coca-Cola's 'Pause' coopted embedded cultural memories (Christmas and Santa). In the context of a developing reaction against post-war affluence, Volkswagen's 'Small' coopted core human needs (affordable, practical, proud). Both campaigns worked because they found a natural place for the brand in the brain.

Summary: Good advertising works by creating mental availability, not just by reminding or telling people about the brand, but by embedding the brand in neural structures. Coca-Cola's 'Pause' did so by coopting cultural memories. Volkswagen's 'Small' coopted universal human needs. It worked by hooking a solution to the problem of transport, to the desire to feel good about oneself. And so, like 'the pause', it became persuasive in a deep way. Unlike 'the pause', the persuasion in this case was overt, disarming; and intentional.
NextOptions
›
Email Print PDF 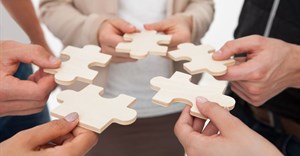 #FutureFit Yourself: The 5P's that will define the future shareholders' jobs24 Oct 2019 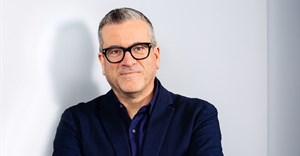 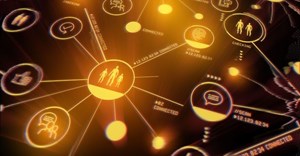 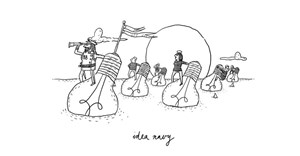 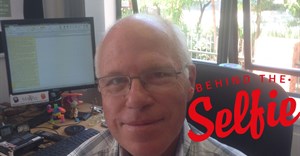