8 Jun 2010 | Email | Print |  PDF
... signs football in Nigeria to support final push to kick polio out of Africa as Rotary clubs in Nigeria and across the continent unite as ball's four-month journey comes to a close in Egypt.

Bill Gates, co-chair of the Bill & Melinda Gates Foundation, gave the Kick Polio Out of Africa (KPOA) campaign a boost yesterday by signing the football which is travelling from Cape Town to Egypt ahead of the 2010 World Cup. During the ball's epic journey through 22 polio-affected and high-risk countries, Rotary clubs throughout Africa are mobilising the public for massive immunisations and raising awareness for polio eradication. Gates lauded Rotary's efforts to help kick polio out the continent - and eventually out of the world.

Gates also commended Nigeria for making significant gains in the fight against polio and urged them to finish the job. He joins Nigerian officials in bringing attention to the current immunisation rounds throughout Africa targeting more than 100 million children under the age of five.

Since Rotary and its partners began their fight against polio in 1988, the incidence of the disease has been reduced by 99%. In Africa, only Nigeria remains polio-endemic, but the disease still affects children in many other high-risk countries, emphasising the importance of protecting all African children from polio. According to the World Health Organisation, only three cases of polio were reported in Nigeria through 25 May this year, compared with 276 cases reported during the same time period in 2009.

Nigeria on the right path

"Nigeria's recent progress against polio is an achievement that all Nigerians should be proud of," said Gates. "Thanks to political and traditional leaders, dedicated health workers, and loving parents who want to protect their children, Nigeria is on a path toward eliminating polio."

After travelling for almost four months across the continent, the football is close to reaching its final destination in Alexandria, Egypt. The grand campaign finale will be held at the Bibliotheca Alexandrina, on 12 June, under the auspices of First Lady Suzanne Mubarak. African Cup of the Nation champions will kick the ball - symbolically kicking polio out the continent and into the Mediterranean Sea. Also attending the event will be film star and polio goodwill ambassador Hany Salama, polio-infected children, government officials, and dignitaries.

Says Bibliotheca Alexandrina director Dr. Ismael Serageldin, "Polio still exists, but it can be eradicated. We cannot let forgetfulness or disinterest [sic] keep so many unfortunate victims in misery. We are so close. Let us all together give the final push."

On 23 February, Rotary launched its "Kick Polio out of Africa" awareness campaign in Cape Town, one of the host cities to the 2010 World Cup, with the symbolic kicking of a ball signed by Emeritus Archbishop Desmond Tutu. Afflicted with polio as a child, Tutu joined the campaign as goodwill ambassador. From Egypt, the ball will travel to Montréal, Canada, to be presented at the Rotary International Convention later this month. The ball's journey is being underwritten by DHL Express.

It's virtually a ball

In support of the campaign, Rotary launched a virtual ball inviting football fans and supporters around the world to sign the ball. With a few simple clicks of a mouse, one can sign the online ball at www.kickpoliooutofafrica.org and join the global movement of solidarity to save all children from this crippling and sometimes fatal disease. The signatures will be formally presented to the spearheading partners of the Global Polio Eradication Initiative after the 2010 World Cup.

"We are calling on the continent's football players to bring their enormous influence to this campaign. Only unified efforts which galvanise whole societies towards these goals will succeed in kicking this virus, that looks so much like a football, out of Africa and eventually, out of the world," declared former South African President Nelson Mandela, in his 1996 address at the Organisation for African Unity Summit as he formally kicked off the "Kick Polio out of Africa" campaign.

"As the volunteer arm and private-sector partner in the Global Polio Eradication Initiative, Rotary has contributed US$388 million (about R3,024 billion) for polio eradication efforts in Africa," says June Webber, Rotary's South African campaign organiser. "As we celebrate the first World Cup on African soil and the 20th anniversary of the release of Nelson Mandela from prison, Rotarians and our global partners are determined to provide Madiba (Mandela's Xhosa title) with a lasting legacy."

Nigerian national team captain Nwankwo Kanu joined the campaign announcing that he has two goals for 2010: Kanu wants Nigeria to shine at the upcoming World Cup and also wants to eradicate polio from Africa.

Polio eradication has been Rotary's top priority for more than two decades. The international humanitarian service organisation has contributed more than US$900 million (about R7.02 billion) toward a polio-free world, and is a spearheading partner in the Global Polio Eradication Initiative, along with the World Health Organisation, the US Centres for Disease Control and Prevention, and UNICEF.

Great progress has been made, and the incidence of polio infection has plunged from about 350 000 cases in 1988 to fewer than 2000 in 2009. More than two billion children have been immunised in 122 countries, preventing five million cases of paralysis and 250 000 paediatric deaths. 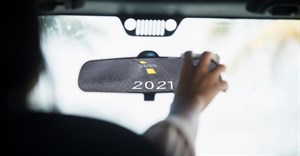 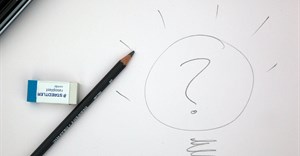 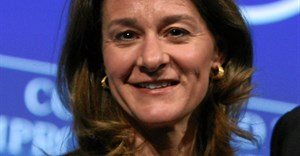 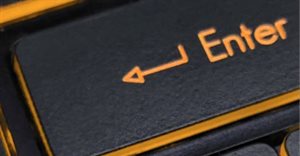 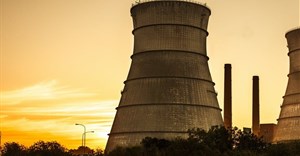 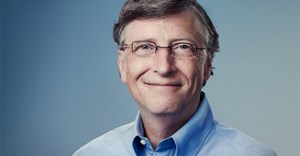