#OrchidsandOnions: Kiss from a Rose gets an Orchid for DStv

By: Brendan Seery
Celebrity endorsements are big business these days, because brands believe that being associated with winners - be they in the sport or entertainment biz - means that sweet sound of ringing tills...
Of course, that pre-supposes that the personality you choose as the face of your brand is going to fit in with the image of the brand. More important, that personality should not misbehave to the extent that your brand suffers collateral damage.

There have been some epic celebrity endorsement fails in recent years: you could probably only use Tiger Woods as the face of headache tabs or hangover cures; and, well, Lance Armstrong is probably the poster boy for … perhaps hypodermic needles.

However, what you seldom see is a brand using a personality in a negative, or deprecating, way.

If it is done properly, then it can enhance the brand and because invariably this only works with humour, you can also get your potential market to chuckle. And raising a smile is one of the ways to ensure a brand message cuts through the clutter. Of course, in this digital age, it’s even better if your ad gets to go viral – because of its entertainment value.

That is already happening, I think, with the DStv ad for Discovery Channel’s Shark Week series, which starts later this month. The ad features R&B legend Seal and the video shows him performing his mega-hit Kiss from a Rose to an adoring crowd of fans on a jetty which leads into the sea. The fans snap away with phones and cameras and one even throws him a rose, which he picks up and smells while singing.

Suddenly, an enormous shark looms up out of the water behind him and in a flurry and spray and splashing, the singer – and a good portion of the jetty – is gobbled up by the shark.

The punchline, though, is what makes it: It’s a bad week to be a Seal. That is followed by a plug for Discovery’s Shark Week.

It’s funny, entertaining and intriguing because it makes you wonder what other carnage lies in store when the shark documentaries flight.

So an Orchid, first of all to Discovery Channel (I am sure this is a foreign ad because it is flighting in other Discovery Channel markets) and then another one to DStv, which has a reputation for doing good “house ads” anyway.

Misleading advertising is something which always gets me – and plenty of others – riled.

You know the sort of “bait and switch” technique of showing a product at a certain price but when you get to the store or you try to buy it online, you find, that in reality, the “special offer” which lured you in has “expired” or the item has already been sold out at the lower price.

I was annoyed this week to find online retailer loot.co.za is guilty of this dodgy practice. On 4 July, I received a newsletter from loot.co.za (I have bought there before) indicating some items on special. One was for an external hard drive, at R849, the other for a tablet case, for R29.

When I clicked on “buy now”, I found out that the actual prices were R1,199 and R68 respectively. In small writing on the side of the purchase window was the notification that the “deal has ended”. Given that I clicked on the “buy now” button only two days after getting the message, I think the “offer” was misleading.

However, later, on Facebook, a similar collection of offers came up from loot.co.za.

Again, the first post was misleading, because the prices at purchase for some items were much higher. There was also no indication the “deal” had ended.

When there is an expiry date for a special offer, it should be clearly stated. Anything else is bait and switch and is misleading.

So you get an Onion, loot.co.za.
NextOptions
›
Email Print PDF
Follow

Brendan Seery has been in the news business for most of his life, covering coups, wars, famines - and some funny stories - across Africa. Brendan Seery's Orchids and Onions column ran each week in the Saturday Star in Johannesburg and the Weekend Argus in Cape Town. Contact him now on moc.liamg@4snoinodnasdihcro
Don't miss BizTrends2022 - 7 keynote speakers forecast trends shaping business in our region! Register now! 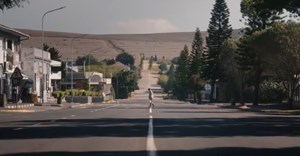