The race is on to recover looted vaccines and medicine

29 Jul 2021 | Email | Print |   PDF
By: Jan-Harm Swanepoel
Covid-19 vaccines and other scheduled medicines have also been named as goods taken by looters in the recent unrest, which has a potential devastating impact on our already stretched health system. These medical products should be prioritised in the recovery process. According to the South African Government News Agency, one of the approved vaccines currently being administered in South Africa, was registered in terms of Section 15(6a) of the Medicines and Related Substance Act 101 of 1965 (MRSA), which contains very strict provisions relating to the sale of these medicines and the limitation as to the qualified individuals and entities who may do so.

The reasons why the MRSA provides strict compliance provisions for scheduled medicines are understandable: the abuse and unregulated use thereof have likely disastrous and even possible fatal consequences. Now, imagine the risks in unqualified individuals administering Covid-19 vaccines in an unregulated environment, not to mention the likely scenario that these stolen vaccines were moved and stored in uncontrolled conditions. Adverse or even fatal reactions as a result, might even lead to further arguments from sceptics advocating against vaccines.

None of the looters or other individuals are permitted to sell the medicines or vaccines taken from sites during the unrest. This may seem obvious since these items were stolen, but the advantages of the strict provisions in the MRSA lie in identifying the goods as illegal items, seizing the items and successfully prosecuting the offenders. Section 19 prohibits the sale of medicines unless it complies with the prescribed requirements. Section 22A goes a step further and outlaws the mere possession of any medicine or scheduled substance in contravention of the prescribed conditions. Sections 29 and 30 criminalises the contravention of these sections and provides that an offender may be sentenced for up to 10 years imprisonment upon conviction.

Section 28 provides inspectors (usually South African Health Products Regulatory Authority officials) with wide search and seizure powers (under certain circumstances without the need to obtain a warrant) in relation to these offences or attempts to commit them.

Despite encouraging undertakings by the South African Police Service (Saps), with the assistance of private citizens, to clamp down on looters for possession of stolen property, the pursuance and successful prosecution of offenders for these offences are not as simple as the threats to kick down doors and arrest every second person with a new TV or fridge. From a practical perspective, the nature of these crimes (presumably offences of “theft” and charges relating to the possession of suspected stolen property in terms of Section 36 of the General Law Amendment Act) may very well require more extensive investigations and verification processes by the Saps to build and substantiate a strong case.

In contrast, the nature of scheduled medicines and vaccines and the statutory offences created by the MRSA in this regard, arguably facilitates a more streamlined process in not only ensuring lawful seizures but also quicker and successful prosecutions. Save for the retribution factor involved in recovering the stolen medicines, there are more pressing considerations: safeguarding the health of the public and preventing further black market and counterfeiting activities.

Last year counterfeit vaccines were reportedly seized by law enforcement in Gauteng, months before approved vaccines even landed in South Africa. Although the operation is by now common knowledge, most of the details of the suspected counterfeit vaccines and their intended destination remain confidential at this stage. What is well known, is that counterfeit goods are created and supplied as a result of a high demand for the real, genuine product.

The vaccines stolen during the looting provides the opportunity for criminals to duplicate all the information and details of the authorised vaccines (possibly up to the batch numbers). With a third wave of infections and delayed vaccine rollout, there is a high demand in both South Africa and other African countries for Covid-19 vaccines. Now with the looted vaccines, there’s a sought-after product potentially in the hands of the wrong people, in a country where dealing in and manufacturing of counterfeit goods is rife, with harbours and easy access to other African countries.

During the looting, the role of crime intelligence was placed in the spotlight. In the context of the stolen medicines and vaccines, private investigators can play a vital part in assisting crime intelligence to identify the culprits and locations of stolen goods and possible counterfeit versions. Most anti-counterfeiting law firms use private investigators on a regular basis to identify and investigate counterfeiting suspects and syndicates.

Due to the nature of these offences, brandholders often authorise their representative law firms to manage this process with the investigators to ensure proper evidence collection. The same process has been followed in investigating contraventions of the MRSA.

The evidence collected in this regard may also help to shut down further unlawful activities and the illegal distribution network. Customs recordal filed under the Counterfeit Goods Act may further assist law enforcement to check for any suspected counterfeit vaccines leaving South Africa.

Whatever the approach preferred by law enforcement, it is imperative that action is taken sooner rather than later. Collaboration between the authorities and the private sector has seemingly been effective in combating the looting. This may well be an indication of the way forward to obtain the best results in recovering stolen medicines and vaccines. 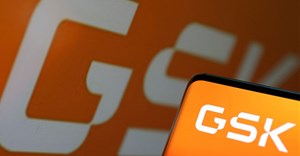 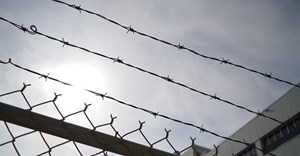 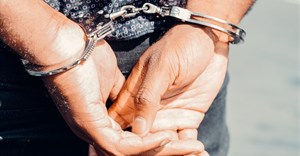 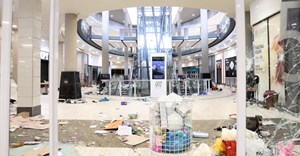 Instigators of July unrest to appear in court12 Aug 2022 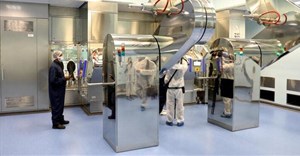