Beyond Florence Nightingale: how African nurses have decolonised the profession

10 Jul 2020 | Email | Print |  PDF
By: Timothy A Carey, Agnes Binagwaho & Judy Khanyola
This year - 2020 - marks the 200th anniversary of Florence Nightingale's birth. It's therefore understandable that it's being marked as the year of the nurse and midwife.
Nightingale is best known for her pioneering spirit and fearless approach to changing atrocious conditions and improving healthcare service delivery. These qualities still characterise the attitudes and habits of nurses around the world. They are often the only frontline healthcare workers caring for people – whether they are vulnerable and living in poor and isolated settings or well-off in rich parts of the world.

But Nightingale left two legacies. The other is less known.

She held strong prejudices against indigenous people. While she wasn’t afraid to challenge the status quo in some areas, her role in colonialism and her expressed attitudes towards indigenous populations was deeply concerning. So troubling in fact, that the New Zealand Nurses Organisation chose not to celebrate or acknowledge her birthday this year. The organisation labelled her

statements on colonisation and the fate of indigenous people a dangerous legacy.

They view Nightingale’s writing about indigenous peoples in the South Pacific as “racist, paternalistic and patronising”.

Both legacies had a profound effect on nursing, particularly in countries colonised by the British. Nursing and midwifery were formally established with the dawn of colonialism and Nightingale’s two legacies played a large role in the structure and shape of nursing on the continent.

On the one hand nursing was recognised as the first modern clinical profession on the continent. On the other, patterns of racism as well as elitism were passed on too. These traits are reflected in a paper published five years ago on how institutional models and ideas were transported from colonial nursing leaders in Europe to African nursing students. The research was based on the oral histories collected from 13 retired nurses from Mauritius, Malawi and Togo who had studied and practised nursing from the late colonial era (1950s) through decolonisation and independence (1960s-70s).

The British influence, through Nightingale’s post Crimean War reforms in nursing education, affected the nursing education and practice in African colonies in the early 20th century. In 1940, for example, Britain established a Colonial Nursing Service. The service sent British nurses to the Colonies to care, initially, for sick British personnel and subsequently for the indigenous populations.

The British style hospital-oriented system of training was adopted. This would continue for decades to the detriment of empowering nurses and decentralising nursing services to more remote and rural areas.

How nurses and midwives were viewed was imported almost without adaptation from Europe. For example, in France nurses are still perceived as a handmaiden to the doctor, with very little independent practice. Midwives are almost unknown. The severe shortage of midwives in many African countries speaks to the continuing dominance of non-applicable models in African health services.

The European style of nursing continued into post-colonial Africa. The oral histories of African nursing leaders describing their experiences in the post colonial period show vividly how colonial stereotypes dictated their lives.

But their stories also attest to the fact that nursing slowly changed and evolved in different African countries. The nurses interviewed about nursing practices 50 years ago explained how they adapted European models and ideas to meet their own needs.

A particularly poignant example of this was the expressed desire of the nurses in the study to serve their country and help their country heal from the effects of colonialism.

Moreover, out of necessity, African nurses expanded their scope of practice in ways that only occurred decades later in countries with more resources. An example is in the prescribing of medication which was always the province of doctors, few of whom practice in rural and remote areas. Following the outbreak of the HIV pandemic, nurses in Africa began prescribing antiretroviral drugs. In countries like Uganda and Rwanda nurses began to prescribe oral morphine for pain management in cancer and related terminal diseases exacerbated by the high prevalence of HIV.

African nurses have also led the way in taking over tasks previously undertaken only by physicians. In Ethiopia nurses in rural and remote areas carry out caesarean sections. And in countries like South Africa, Kenya, Malawi, Uganda, and Zambia, there are clinical specialist roles in nursing and midwifery such as critical care nursing, palliative care nursing and perioperative nursing among many others.

Increasingly, the profession has moved to become autonomous, self-regulated, research-focused, and centred on the needs of the population.

This ability to move beyond traditional Western models of care has been important in the management of the disease profile of Africa, where geographical location has added to the burden of disease not found in developed countries.

Given the events of 2020 it’s appropriate and fitting to applaud the visionary work of nurses because of their pivotal roles in addressing health inequity on the global stage. Nurses are commonly described as the “backbone” of the health system.

Their inventiveness and ingenuity in adapting general practices to local conditions should be especially acknowledged.

For example, a systematic review suggests that nurse-delivered care in primary care settings generates similar or better outcomes than doctor-delivered care for a wide range of conditions. In addition, nursing-led primary care services can lead to similar – or even better – patient health outcomes and higher patient satisfaction than other care delivery models. This is because nurses have longer consultations with patients.

Other reviews have shown that nurses are effective in the initiation and follow-up of HIV therapy. And that nursing interventions for tobacco cessation increase the likelihood of quitting.

Further research has shown that non-specialist health workers, including nurses, may improve outcomes for general and perinatal depression, post-traumatic stress disorder and alcohol use disorders, and patient and carer outcomes for dementia.

As the world continues to battle the Covid-19 scourge, their contribution has never been more profound. Nurses personify the indomitable trailblazing spirit Nightingale showed 200 years ago. But their song is now much richer and more humane. And their impact reaches much further in terms of addressing global health equity and championing the plight of the world’s most vulnerable populations. 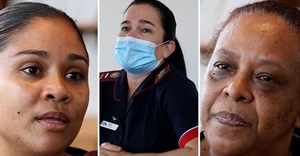 What it's like being a nurse during a pandemic2 Jun 2021 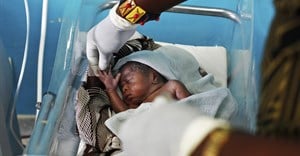 Call for more midwives as millions die in childbirth6 May 2021 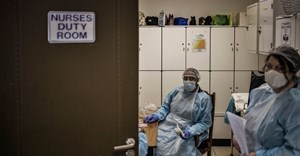 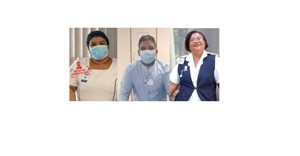 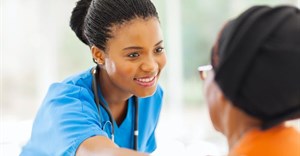 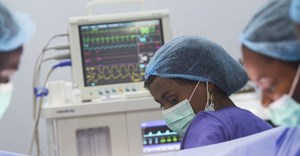 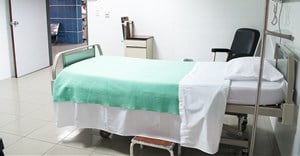