28 Mar 2022 | Email | Print |  PDF
As a record-high petrol price hike looks likely for April, on the back of expected sharp rises in prices across the country's consumer price inflation (CPI) basket - which includes fuel, bread and cereals, public transport, among others - Retail Capital MD Miguel Da Silva has joined the chorus of concerned economic stakeholders for government to intervene and soften the blow. Miguel Da Silva, Retail Capital MD
Da Silva said the time had come for the government to make good on its Budget Speech promise regarding the fuel levy. “In the Budget speech, which was pro-business but not necessarily bold or brave, finance minister Enoch Godongwana said that the fuel levy would remain unchanged, with an undertaking to relook its makeup. The time for that undertaking has now arrived,” says Da Silva.

His comments come after AgriSA chief economist Kulani Siwela publicly called on the government to suspend fuel levies to protect South Africans from the expected record fuel price increases, which in turn would relieve upward pressure on food prices. This in turn was echoed by Investec chief economist Annabel Bishop who has also reportedly said that state intervention would likely be needed to soften the blow.

SMEs are key to driving e-commerce success in South Africa

“We no longer have time to talk about these things. Since the budget speech, Russia has invaded Ukraine and the oil price has risen sharply, albeit slightly down from its highs. However, these geopolitical forces over which we have limited control - especially because of our government’s stance on the conflict - are only one side of the story. The other is that the fuel levies account for 54% of the pump price of 93 unleaded petrol in Gauteng - the benchmark measurement.

“That’s more than half the price and it is now blatantly obvious that the state can no longer siphon such ludicrous amounts of money off something as essential as petrol,” he says.

It’s not just hurting the woman and man in the street who want to fill their cars, says Da Silva.

Price increase knock-on effects will be felt by SMEs, households

It’s the knock-on effects that are especially concerning. He explains that with an increase in fuel prices, almost every sector of the economy is going to be forced to pass this increasing input cost to their customers, meaning we will be paying more for food, public transport, new cars and much much more.

Da Silva says that beyond the fuel price hikes, increases in things such as wheat and oils - as a direct result of the conflict - will make even the most basic essentials even less affordable to average South Africans.

He argues that commodity prices, especially in the basket that South Africa typically exports, will shield the country’s current account but that small businesses and households will still feel the pain and they need to act now to weather the storm.

“SMEs are the lifeblood of this country. Besides employing people, they also provide products and services for communities all over the country. Just as we were hoping for favourable conditions to support a post-pandemic recovery, we’ve been hit with the news that inflation could reach as high as 9% in 2023. SMEs must act now, they must be proactive to weather this storm,” warns Da Silva, who shares some advice for small business owners.

He says there are a few things they can do immediately. “The first is cutting out all unnecessary expenses, tightening the belt, so to speak. Defer any investments and payments that are not necessary for the business in the short term.

“Then, meet creditors and landlords and proactively negotiate more palatable terms. Think about it, it is not in a landlord’s favour to have a small business fold in an environment where small businesses are struggling. Try and renegotiate payment terms over the longer term,” he says.

SMEs should invest on their customer base

Da Silva says that even although it appears risky, SMEs must be brave enough to test price increases on their customers. “You can only squeeze your margins so far. I know we are surrounded by price increases and we don’t want to contribute to the general negative environment, but staying in business should be the primary focus,” he says.

Miguel adds that SMEs should take the time to invest in the customers they already have. “It is our instinct to try to grow our customer base. Sometimes this isn’t as easy as other times, such as periods like these where potential new customers are feeling the pinch in a big way. Spend time on your current customers. Delight them, and give them impeccable customer service.

Why SMME shaming leads to a funding mismatch

“Work out ways that you can entice them to help your cash flow, such as offering bulk deals or discounts for upfront payments. Most importantly, have a look at how you can increase their basket size. If they spend R150 on average, ask how you can increase that to R200,” says Da Silva. If a business is currently in a good position, it should shop around now for SME financing options, he says.

Perhaps the most important piece of advice, says Da Silva, is keeping a sense of perspective. “Don’t become obsessed with news cycles. Appreciate the gravity of the situation, but understand that an opportunity mindset in the tough times will stand you in good stead for when the environment turns, as it surely will,” he says. 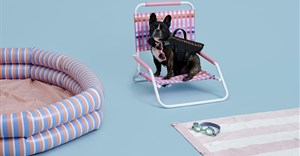 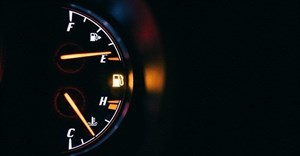 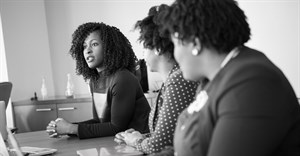 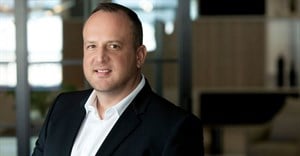 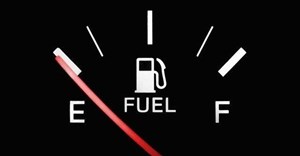