23 Nov 2021 | Email | Print |   PDF
The study conducted by the cybersecurity company Surfshark shows that Burkina Faso became the 70th country that has restricted social media access over the last six years. A significant mobile internet disruption in Burkina Faso was recorded amid unrest against the shooting of protesters by a French military convoy on 20 November 2021. According to NetBlocks, fixed-line and wifi services appear largely unaffected by the disruption, although most users rely on mobile phones. According to ITU data, there are 52.16 active mobile-broadband subscriptions per 100 inhabitants in Burkina Faso (1 in 2 inhabitants have access to mobile internet), whereas only 0.07 (per 100) have access to fixed broadband (7 out of 10K inhabitants).

The research shows that in 2021 alone, there were 18 political cases of internet disruption across the world in Uganda, Russia (blocked the internet twice), Myanmar, Senegal, Chad, the Republic of the Congo, and Bangladesh, Nigeria, Cuba, Zambia, South Sudan, Sudan, Ethiopia, and recently — Burkina Faso. Africa remains the most censorship-intensive region globally, with ten out of 18 cases happening in this region.

In 2021, five (31%) of affected countries (South Sudan, Senegal, Russia, Cuba, and Colombia) had blockings related to protests. Four (25%) of affected countries (Congo, Uganda, Zambia, and Russia) blocked the internet during elections. Whereas the remaining nine incidents occurred due to general political turmoil, usually to limit the free speech of the society.

Internet censorship has seen prominent growth worldwide, especially in Asian and African regions, and even more so recently during elections and other political events. These governments usually go after communication apps like WhatsApp, Skype, Facebook Messenger, Viber, and social media platforms like Facebook, Twitter, and Instagram. Most internet censorship and social media restriction cases in Africa have to do with riots, protests, elections, and other events of political nature.

The data was collected through open-source information from Freedom House, Netblocks, and reputable news reports from 2015 to the present day. Social media was conceptualized as social networking sites (i.e., Facebook, Twitter, Instagram, Youtube, etc.) and communication apps, including VoIP apps (i.e., Skype, WhatsApp, Telegram, Viber). Both local and national social media blockings have been taken into account in the study. 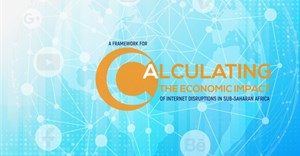 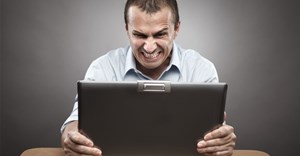