By: Issa Sikiti da Silva
The Independent Communications Authority of South Africa (ICASA) announced on Wednesday, 12 September 2007, that it had awarded a record five licences to five of the 15 applicants for pay TV at a ceremony held at the Southern Sun Grayston in Sandton, Johannesburg.

ICASA councillor Zolisa Masiza said: “The committee had finalised its analysis and deliberations [after receiving all applications], and then made recommendations to Council in respect of the successful applicants for Council's consideration and decision.

“The Council considered the committee's recommendations and decided to grant the following applications, in no particular order: Walking on Water, On Digital Media, e-Sat, Telkom Media and MultiChoice.”

“It is important that we emphasise that for these successful applicants, the authority has imposed conditions in line with the EC Act and the undertakings made or promises of performance stemming from their applications,” Masiza added.

An elated Mandla Ngcobo, Telkom Media CEO, said: “We and our shareholders are absolutely delighted with this award. We welcome the finalisation of the conditions of the licence based on our proposal submitted to ICASA and look forward to providing inspiring, dynamic and refreshingly different programming for our subscribers.

“Competition in the pay TV market will change the face of television as we know it. New operators will extend competition, drive down prices and dramatically improve the variety of TV channels available to South Africans.”

e.sat is a 100% owned subsidiary of Sabido Investments, whose main operating investment is e.tv, South Africa's first private free-to-air commercial television channel, as well as Dreamworld Film City and other media and content aggregation businesses. The awarding of the licence follows Sabido's recent acquisition of 49% of the Botswana-based Gaborone Broadcasting Company.

Bronwyn Keene-Young, e.tv's COO, commented: “We will be evaluating the future pay TV market following today's announcement and will announce our plans within the next two months. e.sat's and e.tv's entry into multi-channel television, as well as ongoing acquisitions on the continent, will enable the group to continue to develop a broad-based media company across Africa.”

ICASA said that it is currently finalising the document which will provide the reason for the decisions [to grant the five licences and reject the other 10 applications], which will be made available to all interested parties within a period of three weeks starting from today.

Issa Sikiti da Silva is a winner of the 2010 SADC Media Awards (print category). He freelances for various media outlets, local and foreign, and has travelled extensively across Africa. His work has been published both in French and English. He used to contribute to Bizcommunity.com as a senior news writer. 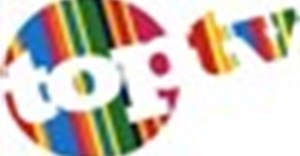 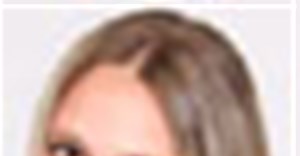