By: Rudi Massyn
Rising temperatures and volatile weather conditions are not only affecting agricultural production but also influencing farming methods and practices. 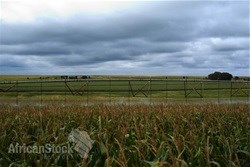 Research by the International Food Policy Research Institute (IFPRI) states that the southern region of Africa could be hit the hardest by rising temperatures. Understanding what this means for agriculture is crucial. Will previously fertile land become dry and unsuitable for farming? Will yields decrease? Another major concern is the threat to food security.

"There are several changes visible in the weather like rainfall patterns, temperature fluctuations, maximum and minimum temperatures that have been dramatically volatile in some areas," says Marinus le Roux, Agriculturist at FARM Agricultural Enterprise Management (FARM). "There are already effects that have had a major impact on South African farms. Just by the shifting rainfall patterns farmers have to plant in a shorter time period. The first rains always fell in September, we have in recent years seen first rains only in the second half of October. Furthermore, the intensity of the rain is much harder, larger quantities and less scattered."

In the US, research by scientists suggests that farmers might have to change their farming practices in order to adapt to changing weather conditions. "Farmers might choose to grow different crops that fare better in drier conditions and require less water," explains Rob McDonald, a senior scientist of sustainable land use.

In McDonald's analysis, he assumed crop switching possibilities based on past trends. "Consider how settlement of the Midwestern US totally changed the agricultural economy of New England. New England used to produce corn and wheat which it doesn't now, since it is uneconomical. We shouldn't be surprised if climate change also drives a large process of crop switching. There are reports, for instance, of the Midwest drought of recent years pushing farmers to switch forage production from corn to sorghum," he elaborated. Adapting to climate change in Africa

There is an urgent need to adapt to the impacts of climate change for the African continent. The Africa Adaptation Gap Report (2013) estimates that Africa will have to face very significant adaptation costs. It cites from $7bn up to $15bn per year by 2020.

Findings of the IFPRI research stipulate that maize and sorghum yields, on average, will decline, yet some areas are bright spots and will see a rise, such as southern Mozambique. Crop yields might struggle to keep pace with anticipated population growth, but this could be offset by a projected doubling of incomes across the region. Lastly, migration patterns could change as people migrate out of areas hard hit by climate change to cities or to areas favoured by climate change.

The research indicates that 'successful agricultural adaptation to climate change is not just about better seeds and practices, but building better roads and education systems, which give farmers greater access to markets and the background necessary to make fully informed decisions about new agricultural practices.'

"Africa is a drought-prone continent, making farming risky for millions of smallholder farmers who rely on rainfall for crop production. Drought leads to crop failure, hunger and poverty and climate change will only worsen the problem," explains crop scientist Kingstone Mashingaidze who says maize is the most widely grown staple food crop in sub-Saharan Africa. "The high sensitivity of maize to drought stress discourages smallholder farmers growing maize under rain fed conditions, from risking investment in best management practices, including quality hybrid seed and fertiliser," he says.

In sub-Saharan Africa, approximately 20 million metric tons of potential maize production is lost each year due to drought. Because over 90% of sub-Saharan Africa's cropland is rain fed and is likely to remain so, identifying ways to mitigate drought risk, stabilise yields and encourage investment in best management practices, is fundamental to realising food security and improved livelihoods for the continent.

Agricultural role players are combining powers to fight climate change in southern Africa. One such project, the Water Efficient Maize for Africa (WEMA) project, is a public-private partnership aimed at enhancing food security and improving rural livelihoods among smallholder farmers in sub-Saharan Africa through development and deployment of drought tolerant and insect protected maize varieties (hybrids) to smallholder farmers.

The WEMA project will in particular benefit smallholder farmers and their associated rural communities as their crop farming is done almost exclusively under rain fed conditions and often in arid regions.

The evidence of this project recently harvested great results with the African Agriculture Technology Foundation (AATF) announcing in May promising initial results for the first harvest of seed developed conventionally through WEMA.

"After a six-year development process, we are very encouraged by the results of the first DroughtTEGO harvest," says Denis Kyetere, Executive Director of AATF. "The WEMA partnership is an excellent example of what can be accomplished when public and private organisations work together for a common good, providing powerful new tools to help farmers overcome challenges of climate change, and increase food production."

"Besides paying attention to technology, like drought genes, farmers are going to have to look at the variable application of fertilizer and plant population so that farms can be optimally managed. Crop choices will also play an important role in crop systems as well as precision farming practices with lime to improve soil fertility and improve drought tolerance and water management of the crop. These practices go hand in hand and should be seen as an overall approach," adds le Roux.

Introducing crops that are more tolerant to drought, like sorghum, is going to form part of many farmers' objectives.

International aid organisations are donating funds to projects in Africa for regions that are becoming more arid so that there can be a shift in focus. The US agency for International Aid has pledged almost $5bn to a scientific laboratory working with new genomics tools to develop drought resistant tolerant sorghum hybrids. 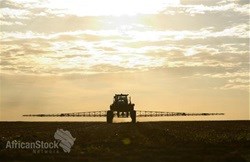 The reality of climate change goes far beyond global social and environmental concerns and could potentially have a major effect on the economic sustainability of vulnerable developing countries in Africa.

The introduction of improved agricultural techniques based on informed choices is desperately needed to ensure food security in the Southern African region. The improvement of infrastructure to assist farmers with better access to markets and an active buy-in from relevant stakeholders could prove the difference for many food producers along the tip of the continent. 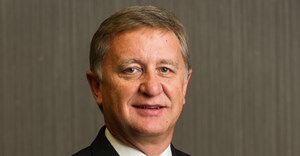