#AfricaMonth: Building real awareness of the situation in Africa

By: Cari Van Wyk
Travel tradeshow We Are Africa recently took Cape Town by storm by sharing many stories, experiences, and business from across the African continent. With more and more of Africa's fauna and flora under threat, many of the stories that came out of We Are Africa were inspired by the importance of conservation. To this end, Beyond Luxury Media, the organisers of We Are Africa, also hosted the Conservation Lab where leading conservationists gathered to discuss and find solutions to this problem.
Amidst the constant ebb and flow of buyers and exhibitors rushing to meetings at the Green Point Stadium, I stopped by Great Plains Conservation, who also participated in the Conservation Lab, and asked Alex Walters, sales and marketing manager Europe and Middle East, to tell us his out of Africa conservation story.

According to you, what is the number one challenge in conservation in African Tourism?

Probably the realisation that without a real awareness of the massive decline in elephants, rhinos, and other species, we’re not going to have a safari industry. I think people don’t really understand the gravity of the situation that is in Africa as a result of population increase, encroachment on land and habitat, hunting, and poaching. I think that tour operators that are coming in need to have more awareness. It’s not just about selling a safari, going on a vehicle, seeing animals – there should be more of a consciousness.

What is necessary for a conservation project to really work?

Involvement with communities is number one so that they benefit. And to have the specialisation and the knowledge of what actually needs to be done. For example, in the Rhinos Without Borders programme we’re moving a hundred rhinos into Botswana, working in partnerships (which are key) with andBeyond, the Botswana and South African government and parks boards. It’s a collaboration, it’s not about doing it for yourself - it’s about doing it for a species and doing something to help the rhino population for example.

Rhinos! Because in five to ten years’ time at the present rate of killing and poaching, we’re not going to have any viable rhino populations left in the wild. Rhinos is number one, elephants is number two.

What role can tourism play in conservation?

Taking Kenya as an example, Kenya’s had a bad few years. Without tourists coming on safari, without those eyes on the ground, it makes it easier for poachers. The more people around, the more of a deterrent it is to poaching. And awareness - telling their friends about safaris and their amazing experiences. By going on a safari they’ll have a better understanding of the importance of conservation.

What in conservation are you most excited about?

It’s nice that people are talking. We had a Conservation Lab which is great, so you have people coming together and sharing ideas. It’s very difficult to come up with a collective solution, but by sharing ideas I think we can move forward and take something away from it which will help individual projects. So just sharing ideas and getting awareness through media is a great start.

Conservation is the responsibility of...? 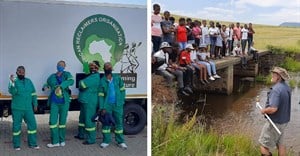 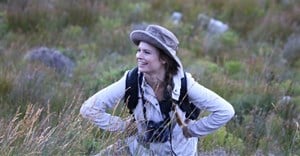 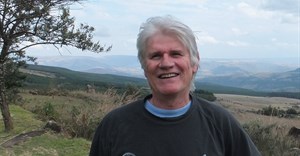 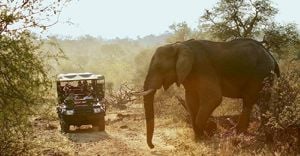