By: Lauren Hartzenberg
In 1998, Colin Thornton started Dial a Nerd in the garage of his parents' home, initially fixing the computers of family and friends. 18 years later it has grown into a fully-fledged IT support company that seems to have stood the test of time in an industry characterised by constant and rapid evolution. Since its inception, the company has branched out from primarily consumer support to include a business-to-business (B2B) focus. With major branches in Johannesburg and Cape Town, and staff and partnerships across the country, its services include ad hoc IT support, network installations and maintenance, managed services, hardware sales and support, and the list goes on.

In 2015 Turrito Networks bought majority share in Dial a Nerd "to enable both companies to add more value to their customers". Colin remains managing director and a shareholder, working alongside his brother Aaron.

Rounding off our entrepreneurship focus this month, Colin gives us a refreshingly frank account of the ups and downs of entrepreneurship, Dial a Nerd's rise – and sometimes tumble – to success, and the lessons learned along the way.

Tell us about the inspiration behind Dial a Nerd and its humble beginnings.

There was no great plan or inspiration when I started. It was a function of me needing to pay the bills and only having one skill people would pay for: fixing computers. The ‘humble beginnings’ were also not a deliberate strategy to keep costs low or bootstrap. I was living in a converted garage on my parents property and certainly couldn’t afford rent. So although it’s a romantic story in hindsight, it certainly didn’t feel that way at the time.

How has the company evolved since 2008?

Around 2008, with around 150 staff and 15 branches, our traditional business of fixing home computers started to dwindle. People needed less training, software was getting better, and laptops and tablets started to replace clunky desktops.

On the contrary our business-focused (B2B) support was starting to grow; so we gradually, and sometimes painfully, moved resources from one focus into the other. Luckily our B2B division could do a lot of support remotely and telephonically so we could close branches and cut costs.

Ironically our home support division is now growing again with the advent of fibre-to-the-home so we’re getting back into it at full speed. What do you think is the biggest challenge facing your industry right now?

IT support is going through an interesting evolution currently. The bill-per-hour model is being replaced with the fixed-fee model. In previous years it actually suited (not that they would admit it) your IT company if there were problems they could charge to fix. The more complicated the problem, the more the fix would cost.

With a fixed-fee billing model it's in the technician's best interest to fix problems as fast as possible, or to prevent them from happening in the first place, and this is forcing some much needed evolution in the industry. In the future I foresee all IT support companies billing on a fixed-fee model and the companies that don’t adapt will face considerable pressure or fail.

Best and worst thing about being an entrepreneur?

The independence is obviously great but it’s not as great as people think it is. Even though you can theoretically go home whenever you want, or take lots of leave, the sense of responsibility when you provide salaries to people who have to support families is overwhelming. So I would list independence as the best and worst thing.

Which qualities, in your opinion, make a good leader?

Someone who recognises the skills of the people underneath them and nurtures them to strengthen the team as a whole.

If you could travel back in time and give yourself one piece of business advice, what would it be?

We’ve gone through various phases of success and failure (and the associated money in the bank) over the last 18 years, and sometimes made decisions based on the situation at the time and not on what made sense.

As an example, when we were going through a very good phase around 2008 we signed a three-year lease in some expensive offices which obviously needed to be decorated and fully fitted out. As luck would have it our fortunes started to turn a year later but we were stuck in a very expensive lease with a lot of expensive furniture.

My advice would be: focus on the have-to-haves and not on the nice-to-haves, regardless of your fortunes at the time. The metaverse: Reality and realism2 Mar 2022 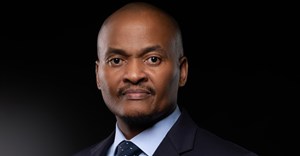 A day in the lockdown life of Chris Ogden, CEO of RubiBlue27 May 2020 #StartupStory: Lite.IT adapts to the IT needs of SMEs20 May 2020 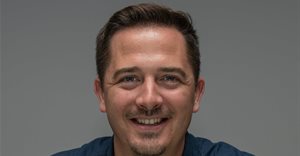