15 Nov 2021 | Email | Print |  PDF
New dates have been announced for Justin Bieber's anticipated Justice World Tour, and South Africa is on the list, with Bieber performing at DHL Stadium in Cape Town on 28 September and FNB Stadium, Johannesburg on 1 October 2022.
Taking place from May 2022 through to March 2023, Bieber will tour five continents, travelling to over 20 countries and playing more than 90 dates, with more shows to be announced in Asia and the Middle East soon. Each evening promises to be a celebration for both Bieber and his fans, who have been looking forward to these new shows since the pandemic sidelined the previously announced 2020 dates.

The ‘Justice World Tour’ is named after Bieber’s latest smash hit album ‘Justice’. Released in March 2021, it debuted as the most-streamed album in 117 countries.


“We’ve been working hard to create the best show we’ve ever done, and we can’t wait to share it with fans around the world. I’ll see you soon,” said Bieber. 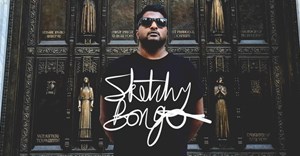