25 Feb 2021 | Email | Print |  PDF
Springbok Nude Girls has signed to Mongrel Records. The band has also announced a new album, which is currently still being prepared for release in the next few months.
Vocalist Arno Carstens comments on the signing:

It’s with great relief and joy to be inducted into the safe and efficient arms of Mongrel Records. With everything going on, it feels right to be part of a bigger group of likeminded people who have also got a common love of music and entertainment. We are looking forward to a productive musical journey together.

Mongrel Records label manager Warren Gibson adds: “It’s an absolute honour to welcome South African rock royalty to the Mongrel roster. The new tracks sound fantastic and we can’t wait to share them with the world.”

As one of South Africa’s most decorated and applauded bands of the last three decades, Springbok Nude Girls’ work ethic has never-ever waived. The release of their latest singles, 2018’s “Beautiful Evolution” and “Best Friends”, “Best Enemies” and 2020’s “Rolling Thunder” is audible proof of that. The making of this stellar return showcases the group's perpetual evolution and maturity, all without compromising a beat.

Little did they know that they would go on to become one of the most loved rock bands South Africa has ever seen, known for their high energy stage shows and unique musical sound which combines rock, punk, reggae, metal, funk and jazz.

They played their first gig in September 1994 in a small bar in Stellenbosch and released their first album, Neanderthal 1 the following year. Since then, this platinum-selling, award-winning band has gone on to record albums that contain some of the country's most beloved anthems. They have headlined every major South African music festival and performed at some of the most auspicious international festivals in Europe, including Pukkelpop in Belgium.

In 2015, Thinking Owl Films, in association with Sony Music Entertainment Africa, released an exciting documentary film, which tells the story of the band’s early beginnings, touching on the crippling censorship of that time, and then the liberation of 1994 and how, for these kids, there was finally freedom in music.

Twenty-six years after their first show, and two decades after the release of “Blue Eyes” the song that redirected the trajectory of the band. With 11 albums, two live recordings, an EP, two DVD releases, and a UK-exclusive release in their coveted arsenal, SNG’s creative curiosity is showing no signs of abating. If anything, their greatest work lies ahead, and with it, a growing wall of fans invested in passionate, adrenalin-injected modern rock alchemy.
NextOptions
›
Email Print PDF 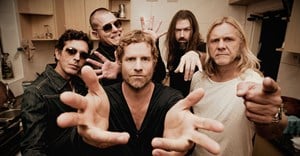 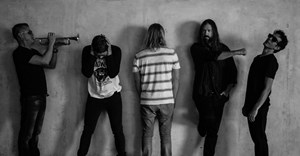 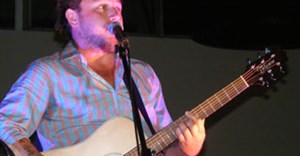 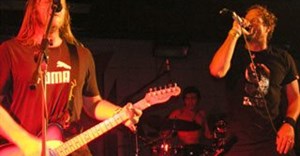