By: Eugene Yiga
With Mi Casa live on stage, ProVerb as MC, and over 50 top brandies there for the tasting, Fine Brady Fusion had all the right ingredients for a great night out.

I sat in the front row of a Master Class to get schooled on the Kaapse Smaak (Cape Taste), a spirit whose South African history goes back 340 years. It was here that I learned the proper way to hold (not in your palm like a Bond villain or Wall Street CEO), swirl (slowly to avoid losing alcohol and flavour), sniff (from the chin, if that makes sense), and taste (a little at a time). I also learned that darker chocolate pairs well with older brandy, although fudge and nougat mask the burn too. A mixer was a no-no

Given that this was my first time drinking brandy neat - I assumed that asking for a mixer was a no-no - I was happy that the event included a central cocktail bar. Alas, the regular barmen (bless their perfectionist hearts) weren't all as up to speed as South African champion Kurt Schlechter, whose molecular mixology theatre was part science and part magic, much like CSI but without the explosions. As a result, getting more than one drink was a challenge when all and sundry wanted cocktails too.

Still, I didn't mind queuing for a Capital Cocktail, the event's signature drink inspired by Cape Town's status as the World Design Capital 2014. Alas, again, I reached the front of the bar right after the clock struck midnight (9.30pm), the Porsches put on their pyjamas, and liquor laws sent us home. Perhaps I'll try the cocktail at the One&Only, whose mixologists created it. Or perhaps I'll find an online recipe and make it at home. Despite the abrupt end, Fine Brandy Fusion went down well as a great mix of people and tastes. That's why if you go - and you should, cognac connoisseur or otherwise - arrive early and watch the clock.

Also, since you'll have more tasting coupons than you'll realistically need (but can't exchange for the delectable food), skip the hangover and take it slowly. "A fine brandy is like a fine lady," one man said. "Rush it and you will get klapped!"

Fine Brandy Fusion is at Sandton's Convention Centre from 5.30pm to 9.30pm (no entry after 9pm) on 5 and 6 June. Sign up to Uber with the promo code "FineBrandy" for a free ride up to R200. Book at Computicket or www.sabrandy.co.za/fusion. 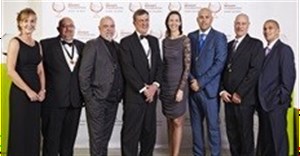 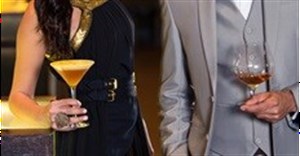