Back on the Bench

By: Eugene Yiga
Following its successful premiere at Kalk Bay Theatre last year, Bench is set to perform at The Fugard Theatre for a limited run. We spoke to writer and co-star Brent Palmer to find out more.

Eugene Yiga:
Where did the idea for Bench come from?

Brent Palmer: I spent a long time exploring many ideas and themes before actually writing Bench. I knew I wanted to write about everyday characters; and more specifically marginalised ones. I just somehow write these characters quite easily. My first play, Witnesses, which won a Fleur Du Cap for Mathew Wilde's direction, incidentally had a cast of five characters struggling with their own sense of alienation, and [was] largely based on people I watched and listened to while living in Observatory.

My writing in my dramatic work focuses on misunderstood characters and in my stand-up comedy writing and performance, I am the misunderstood character. So I guess it's no big surprise then that these flawed and colourful characters are ultimately extensions of me. The minimalist aesthetic of Bench (being only two characters, one bench, and an ambient sound track) came about simply because I wanted to produce the work myself and keeping it simple was one way of achieving that.

EY:
And why do you think that the show has been received so well since its premiere last year?

BP: I think Bench is one of those plays that can be enjoyed by a wide range of audiences, because it is so accessible, but it also raises powerful questions, which hopefully people can chew on after they've left the theatre. I wasn't interested in writing a broad comedy show, with character changes, wigs and hats; however I did want to write a funny show that leaned more towards the "play" form.

Also, I think a unique aspect of Bench is that the audience really get sucked into the drama; where they feel less like audience members in a theatre, but rather like voyeurs to an authentic slice of life. I've had acquaintances and family members not necessarily want to hug or make eye contact with me after a show because they needed time to process the toxic character I play.

EY:
How did it feel to have your script nominated for a Fleur du Cap Theatre Award?
BP: It was a very pleasant surprise! I found out on Facebook; somebody just typed a message, "Congratulations". I had no idea and thought that's a rather random, but kind, affirmation and proceeded to respond, politely: "And congratulations to you too sir!" Of course, I then found out. And being somebody who is not at all interested in nominations and awards, in the lead up to the ceremony I became utterly obsessed with winning! Of course, we didn't win and now, once again, I'm not much one for nominations and awards. *Wink*

EY:
And what can we expect from you next?

BP: Interestingly, my stand-up comedy performance is something I would like to grow. It has always been a medium I flirted with, but never seriously plunged into; because of, you know - terror. However, I often perform on the stand-up comedy circuit and I'm close to putting together a one-man stand-up comedy show. It will more than likely deal with that flawed character I spoke about earlier.

We're also going to be shooting a 10-minute short film, based on Bench, and it will be directed by a young up-and-coming film director called Alan Shelley, who's rapidly making great films and working with some big names. And of course if the muse of "dispossessed characters" visits again soon, who knows? Perhaps I'll take some time to create them and plonk them on the Bench!

Bench is at Cape Town's Fugard Theatre from 28 to 31 August. Tickets are available from Computicket.
NextOptions
›
Email Print PDF
Follow

Eugene graduated from the University of Cape Town with distinctions in financial accounting and classical piano. He then spent over two-and-half years working in branding and communications at two of South Africa's top market research companies. Eugene also spent over three-and-a-half years at an eLearning start-up, all while building his business as an award-winning writer. Visit www.eugeneyiga.com, follow @eugeneyiga on Twitter, or email moc.agiyenegue@olleh to say, um, hello.
Read more: brent palmer, Bench 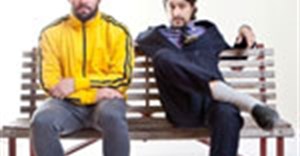 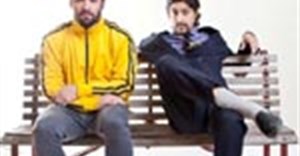 When a bench becomes a confession booth13 Sep 2012 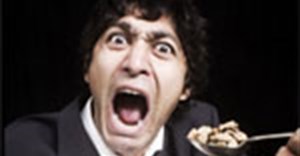