The beginning of the end

By: Eugene Yiga
The Cape Consort returns to the Fugard Theatre to continue its Monteverdi Project. Presented in the same spirit as its highly popular precursors, the group's new programme is entitled Anticipating the Apocalypse. We spoke to musical director Hans Huyssen to find out more.

Eugene Yiga: How did you guys come together to form The Cape Consort?

Hans Huyssen: I am a trained Baroque cellist and have been working with Andrew Cruickshank, a Cape Town-based harpsichordist, since about 2002. In 2009 I was involved in a singing symposium focusing on early music at the Northwest University under the direction of the famous South African tenor Kobie van Rensburg.

For the two sopranos Lente Louw and Antoinette Blyth, this was such a stimulating experience that they subsequently wanted to continue working in the field and explore vocal repertoire of the Baroque period. We thus joined forces, invited other local singers, and in November 2010 officially founded The Cape Consort.

And what's the current interest or appeal of early music for audiences today?

We do two things. Firstly we have studied historical performance practice, including all the unwritten conventions. Our instrumentalists play on copies of period instruments and have specialised in relearning historical playing techniques. So audiences get a completely different and differentiated sound experience, quite distinct from the well-known, generic, "classical soundscape".

But then, secondly, we use this historically informed approach and understanding of early music to translate what was novel and important then into a speaking and interesting current musical expression. We do not wish to present some kind of musical museum, but instead wish to show that the human reasons for making music then were the same as for doing it now. It is all about discovering this continuous line, which then allows us immediately to connect with expressions and idioms from completely different epochs.

Could you tell us more about The Monteverdi Project?

In 2012, we first performed in the Fugard Theatre. The space (specifically the Sigrid Rausing Studio) appeals to us, as does the theatre, which is privately and very efficiently run and operates in full awareness of its historical and geographical context. Fortunately, the theatre also likes us, and so we embarked on The Monteverdi Project. (As Claudio Monteverdi was arguably the foremost dramatic composer of his time, we honour him as patron saint of our endeavours.)

This takes the form of a continuous series of Early Music concerts (usually one programme repeated on three consecutive Sundays), in which we explore rarely performed repertoire, with a special interest in tracing the advent of "dramatic music". This must be considered a significant "invention" of Baroque composers, to imagine music as a medium of expressing human emotions, rather than just obey sacred or mathematical, God-given harmonic proportions. It was a most controversial issue at the time, but is has decisively shaped the way we have come to understand and appreciate music ever since.

And how has it been received?

The response has been most enthusiastic. Patrons love the combination and I'm happy to say that the concerts really do offer a sensuously and intellectually most stimulating experience. Very rarely is early music communicated so closely and directly than in this tried-and-tested format.

What can we expect to see in Anticipating the Apocalypse?

This is now Part III of the Monteverdi Project. As in its predecessors (The Matrix of the Madrigal and Heart/Attack), we present a selection of works loosely bound together by a fictional narration, to place the works in a dramatic context and develop a bit of a story, instead of just a string of pieces.

All lyrics have been translated and are synchronously projected on a huge screen at the back of the stage. Moreover, the projections have been commissioned to a designer. Apart from allowing everyone to understand the meaning and effect of texts clearly, this lends the concert a semi-staged feel.

And what's next for you as a group?

The medium term is to produce a fully staged Baroque opera at the Fugard. The long term is to begin exploring indigenous (early traditional) African music from the angle of performance practice and see whether we can come up with some kind of uniquely historically and "African" informed productions. We'd like to reconsider what an apposite dramatic South African musical idiom could sound like.

Anticipating the Apocalypse takes place at Cape Town's Fugard Theatre on 13, 20 and 27 October. Tickets are available from Thundafund, Computicket, or by calling the Fugard Theatre box office on +27 (0)21 461 4554. Generous discounts are available for Friends of the Fugard, which you can sign up for by calling the box office or by going to www.thefugard.com. For more information on the group, go to www.facebook.com/CapeConsort.
NextOptions
›
Email Print PDF
Follow Earliest surviving English opera to play at the Fugard29 Sep 2014 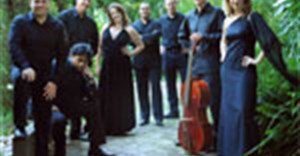