By: Eddie Groenewald
The introduction of barcodes into MMS means that MMS can now be used for both digital vouchers and ticketing, positioning the technology to be used in a variety of services in the run-up to 2010. While the barcode is used to validate the MMS as a ticket or voucher, MMS is also able to contain additional information about the event or shop/shopping centres where the voucher can be used.

So for example, if MMS were to be used to issue tickets for world cup games in 2010, the MMS would be validated as a ticket by the barcode and could also contain information about the venue, the two teams playing, statistics about previous encounters between the two countries, additional fixtures and so on.

Barcoded MMS can also be used in other contexts like in digital gift vouchers. As with conventional gift vouchers, the MMS would have the barcode and how much the voucher is worth, but could also provide additional information like trading hours, contact information, the location of other stores, current specials at that store and more.

MMS can also be used to provide discounts to consumers. So, for example, a company could send out at an MMS advertising a sale and if the MMS is displayed to the teller, the customer receives 20% of their bill. Using MMS also saves cost on direct mailing, which means companies do not have to alert customers to a promotion via the post.

Alternatively, the MMS could display a barcode which, when scanned in-store, entitles the consumer to a free gift. This can be used by companies to increase the amount of interaction with customers.

MMS works in the ticketing context because the digital ticket can be issued immediately. A barcode is generated and the MMS can then be sent directly to consumers' phones or to the person the voucher is being purchased for. In either case, all they need is an MMS-enabled phone and to ensure their phone is registered with their service provider for MMS.

And even if it is not, a SMS can be sent to the phone alerting the recipient to the waiting voucher. Then he or she can register immediately and receive the voucher.

This means that MMS ticketing also works when the ticket is purchased just before the event. So if someone wanted to catch the Gautrain in 2010 (and it supported digital ticketing), he or she could buy the ticket, have the ticket scanned and board the train within minutes. The ticket could also provide additional information including train times, shops at each station, information on car rentals etc.

And if your phone (with the ticket) is lost, the ticket can be retrieved from a new phone.

Because MMS is so adaptable, it can be used for a host of services; you'd simply have to think about its application into the business context. And because MMS goes right to peoples' most favoured device – the cellphone – it is the ideal way to communicate with consumers.

Being new and fresh, it captures the attention of the consumer, which strengthens the company's brand. Added to that, it's very practical and empowers consumers, making life simpler for them, which in turn reflects well on the company who sent them the MMS.

People always carry three things: phone, keys, wallet and usually in that order. Providing services to consumers on their most treasured device should be the logical next step, especially with all the opportunities 2010 will create.

Eddie Groenewald has 27 years experience in the ICT industry, of which more than a decade has been in the Digital Marketing sector. He now focuses on a True Multimedia Offering, ATL, BTL and Digital. 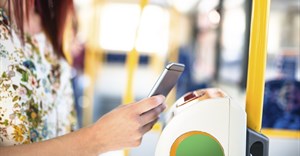 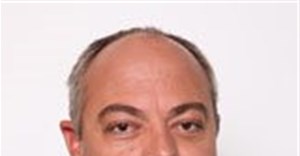