By: Charlie Stewart
The phrase 'native content' sends shivers down my spine, leaving me terrified and dumbfounded in equal measure.
For those not in the know (and there can’t be many in the marketing world), native content is a form of paid media where the ‘content’ follows the form and function of the platform on which it appears. In other words, it’s an ad dressed up as editorial.

While the blurring of the lines between editorial and advertising is a massive concern – more on that later - I’m flabbergasted at the way the marketing industry has misappropriated the word ‘native’ and applied it to something that’s so patently not.

‘Native’ suggests that the subject is ‘real’. That it belongs in its environment; that it’s of indigenous origin.

It doesn’t and it isn't. And what really gets my goat is the inference that regular editorial content, or that anything that’s not come from the ad man’s pen is, ‘alien’. We live in a crazy world of Orwellian double-speak.

As an old hack flack – someone who cut their teeth in the murky world of London’s media relations consultancies – I recall the advent of the print advertorial.

While there was a recognition that publishers needed to find new revenue streams, there was a concern that the blurring of the boundaries between church and state (as the publishing industry referred to the Chinese wall separating editorial and advertising) would confuse audiences into believing paid-for puff pieces had real editorial integrity.

Many otherwise unflappable PRs went into a spin, with some losing all sense of perspective in their Rapturesque claims that the end of the world was nigh.

Well, Armageddon didn’t put in an appearance and, for the most part, advertorials were sufficiently well signposted to help readers differentiate them from editorial.

Compounding the issue, the demands of publishing for an online audience are greater than for a print one. People expect a constant flow of updated information, meaning more content needs to be produced.

Cash-strapped publishers, already facing newsroom cut backs, saw an opportunity to re-engineer the advertorial. Not only could they generate revenue, but they could also persuade corporates to produce their content for them. And thus, native advertising was born.

To the financiers, it’s compelling. Research by Yahoo and Enders Analysis indicates the revenues generated by native advertising in the UK alone will jump from £1.2bn in 2015 to £2.8bn in 2020 – that’s a growth of 156%.

But the second incarnation of the advertorial is far more insidious that the first: A 2014 study by the IAB found that just 41% of viewers were able to spot the difference between editorial and native advertising.

While I don't profess to have an answer for publishers in search of new revenue opportunities, native advertising has brought about two real issues that go beyond the church and state dilemma.

With the exception of a small number of really good examples, most native content is really, really weak. Instead of creating pithy ads with a well-crafted payoff line, corporates have started pumping out clickbait.

Understandably, serious platforms are none too keen to run this as editorial, but they’ll gladly promote it if paid to do so. In doing so, they’ve created a horrifyingly messy downward spiral. Succoured into believing that people are actually interested in this paid-for content, brands are producing more and more of it - these days it’s often hard to find an online news site that isn’t plastered with content recommendation suggestions.

I do wonder whether the big news houses are evaluating the impact of native content on audience perceptions of their credibility. More poignantly still, are they validating whether it serves the needs of the brands? If they’re not, they can be sure that one day the brands will see it for themselves and the income stream will dry up.

Does it really benefit FNB (who are one of the few who actually produce some really decent stuff) to have its latest blog post featured adjacent to a spurious story about seven celebrity surgeries gone wrong or eight belly fat-busting tips? I don’t think so.

While I recognise their desire to amplify what is pretty solid content, doing so in a dodgy neighbourhood is hardly likely to build trust. After all, most of the communications I receive from my bank these days warn me about phishing and advise me not to click on odd-looking web links.

In a 2014 polemic, John Oliver, presenter of Last Week Tonight, had a wonderful rant about native advertising... in it he concluded that if our news was going to be corrupted by advertisers injecting messages into editorial, we should be allowed to get something in return. To illustrate the point, he mocked up a wonderfully comedic skit where a handsome hunk uses a Diet Coke advert to communicate a public information message about the Ebola outbreak. Watch it below:

Perhaps he had a point. In the absence of any better suggestion as to how publishers can monetise their websites, if we have to live with native advertising, let’s at least have some fun with alien editorial.
NextOptions
›
Email Print PDF
Follow 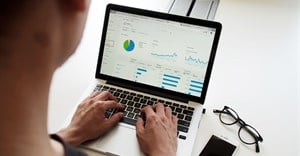 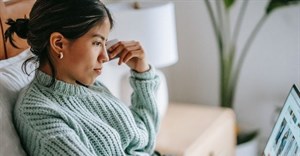 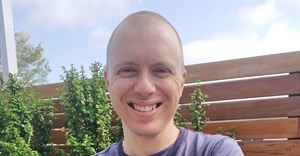 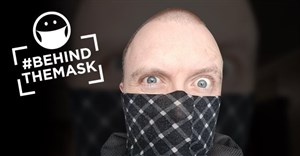 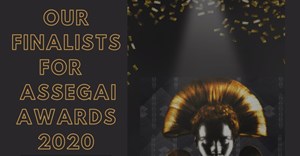 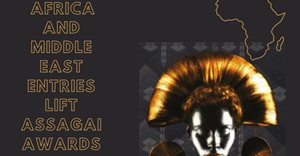