22 May 2008 | Email | Print |   PDF
Continental has become the fifth company to join the six-to-eight-member club of FIFA World Cup sponsors until 2010, continuing a partnership that started back in January 2003. The agreement was announced earlier this week by FIFA president Joseph S Blatter and Dr Alan Hippe, member of the executive board of Continental AG, at a symbolic signing ceremony held at the Home of FIFA in Zurich.

The automobile supplier, an official partner at the 2006 FIFA World Cup, is thus continuing its exclusive global marketing rights in the product categories tyres and run-flat systems for the 2009 FIFA Confederations Cup and 2010 FIFA World Cup, both of which will be held in South Africa. In addition, Continental has an option to extend the contract until the 2014 FIFA World Cup in Brazil.

"This top sponsoring deal continues the strategy we have been following since 1995 for our premium tire brand Continental and continues our focus on football as a central communication platform for increasing brand awareness in our core markets over the next three years," explained Continental`s executive board member Dr Alan Hippe, who is in charge of the Division Passenger and Light Truck Tires.

“It is great to be able to welcome Continental back into the FIFA World Cup sponsor family. Continental has been an active supporter of the game of football for many years. It is a big advantage for all those involved in the event to have such prestigious global partners on board, underlining the confidence of leading blue-chip companies in the first African World Cup. We look forward to a close and fruitful relationship on our joint path towards the 2010 FIFA World Cup,” said the FIFA president.

“We are delighted about this agreement and in particular about the fact that another global company, Continental, has put its trust in South Africa's ability to organise the 2010 FIFA World Cup and will be helping us to build on the passion and excitement we feel at hosting the world's premier football tournament,” commented Danny Jordaan, CEO of the 2010 Local Organising Committee.

Continental will use the rights to link product communication with sponsorship. In addition, it has once again received a sizeable ticket contingent and premium hospitality, which has become an important cornerstone in its activation strategy.

The passenger and light truck tires division of Continental AG is already working on communication ideas for the premium tire brand Continental up until the 2010 FIFA Word Cup and will start to implement these after UEFA EURO 2008.

In the run-up to 2010, Continental is planning to carry out numerous ticket promotion campaigns that will allow business customers and end customers alike to enjoy the games. Continental's website www.ContiSoccerWorld.com provides details of all of its campaigns for UEFA EURO 2008 and all other football activities. 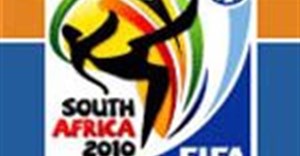