15 Mar 2010 | Email | Print |  PDF
The second annual Global Pizza Challenge (GPC) South Africa cook-offs took place at Hostex, 8-10 March 2010, at the Cape Town International Convention Centre. A little more flavour was added to the competition this year with the inclusion of the Peppadew category, which offered entrants the opportunity to win R10 000 by using its diced sweet piquanté peppers.

Neil Jewell, from Bread and Wine in Franschhoek, took first place with his Aubergine and Confit Karoo Lamb with Buchu. Along with the title of 2010 Global Pizza Challenge South Africa Champion, Jewell is set to travel to Melbourne, Australia, to represent Southern Africa in the next international competition.

In the specialised Peppadew Pizza category, Tammy Henton, hailing from the Piccolo Mondo, Michelangelo Hotel, walked away with R10 000 for her winning creation of Slow Cooked Duck, Sweet Potato Crisps and Peppadew Dressing.

Under the auspices of the South Africa Chefs Association (SACA), a panel of accomplished chefs assessed all 70-odd entry recipes for originality, balance, creativity as well as excitement factor. A total of 20 finalists were selected to move forward to the next GPC round.

Slices to support a charity

Each competing finalist produced four pizzas, two for the judges' table and two for the supporting crowds. Supporters were encourage to voluntarily ‘pay' for slices by donating to this year's chosen charity, the Uitsig (Animal) Rescue Centre, founded by Denay Saunders of Joostenburgvlakte, Cape Town. This year, R1300 was raised through the collection box provided.

“This year it was Cape Town's turn to produce a knockout pizza recipe and it's a far tougher international competition as there are now more countries entering the race,” explains Chef Martin Kobald, Honourary President of the SACA. “In this year's event, pizza will also be tossed up in the air in Singapore, Shanghai, Bangkok, Ho Chi Minh, Melbourne, Sydney, Dubai, Windhoek and Auckland. Ho Chi Minh took place in December 2009 and Singapore follows straight after South Africa, in April 2010.”

“What is tremendous about this competition is that South African chefs are offered the opportunity to compete against countries and flavours that they would not normally experience. We feel sure that sooner rather than later, South Africa will bring home the main prize, simply because we love to experiment and try out new culinary ideas,” adds Kobald.

The GPC once again received the support of the 94.7 Rude Awakening Team and Mimmos franchise with the creation of the RAW Pizza by DJ personality, Jeremy Mansfield.

The Moroccan-inspired RAW Pizza is currently being served in select Mimmos outlets across Gauteng, until the end of March 2010. A percentage of proceeds raised will be donated to Food4Africa - a feeding scheme that supports hungry children. This year's goal is to feed an estimated 3000 underprivileged for a year.

To add to the excitement, Chef Martin Kobald competed in a hotly contested cook-off against KFM DJ, Ryan O' Connor, as Kobald took on the responsibility of recreating Mansfield's RAW Pizza in a battle for the best celebrity pizza topping. 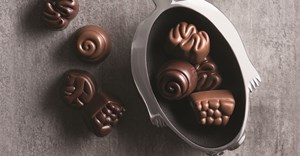 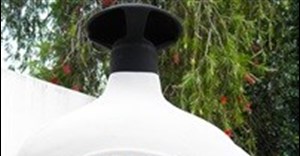 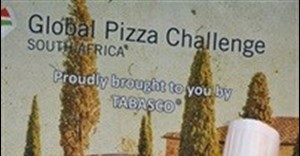