"At the risk of sounding like a rugby captain," Kapp said, "all credit has to go to the boys."

"I'm so proud and delighted to be an actor in this country, although I'm clearly not working as much as those who aren't here!" Steyn said, in reference to the ten winners (out of 20 in total) unable to attend the ceremony due to work commitments.

Philip Dikotla won Best Performance in a One-Person Show for Skierlik, which he'll perform at the Soweto Theatre from 19 March to 13 April 2014. "Is this mine?" he asked in disbelief when presented with his silver medallion on stage. "I would say hello to all my friends but they're in Joburg. So I'll just say thank you to everyone who's everyone." Lead Actress in a Musical went to Angela Kilian for Sunset Boulevard. "Every role was a dress rehearsal for Norma Desmond," she said of her toughest performance yet. "Thank you so much!"

Design awards were given for Best Set (Craig Leo for Voices Made Night), Costumes (Sarah Roberts for The Miser), Sound (James Webb for Die Laaste Karretjiegraf) and Puppetry (Janni Younge for Sadako).

Special prizes were also awarded to Dean John Smith from the University of Stellenbosch for Most Promising Student; Penelope Youngleson for New Director; Kobus Burger for RSG Radio Kunstefees for Innovation in Theatre; and Nicholas Ellenbogen received the Lifetime Achievement Award.

"I am part of a real clan and without them I would be nowhere," Ellenbogen said of his family, most of whom share his passion for the arts. "My advice to those starting out is to use your friends and work together to make great theatre."

Indeed, 2013 was a great year for Cape Town theatre, making the role for me and the other 14 judges tougher than ever. But after seeing over 80 top shows last year, we're confident about the strength of Cape Town's talent and predict an even more exciting showcase for the 50th anniversary of the awards in 2015. 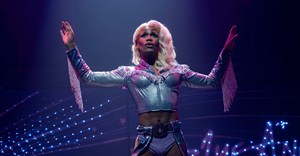 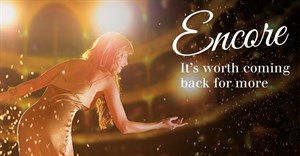 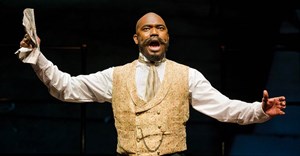