30 Oct 2012 | Email | Print |  PDF
The UN food agency warned on Tuesday that desert locust swarms are likely to head to north-west Africa in the coming weeks and urged teams armed with pesticides to protect crops from the pests.
Algeria, Libya, Mauritania and Morocco "are being urged to stand by to mobilise their field teams to detect the arrival of swarms and control them," the Rome-based Food and Agriculture Organisation (FAO) said in a statement."

"A very small swarm eats the same amount of food in one day as about 35,000 people," the FAO said. A desert locust adult can consume its own weight in fresh food -- about two grams -- every day.

"Swarms of adult locusts are currently forming in Chad and are about to form in Mali and Niger following good summer rains that provided favourable conditions for two generations of breeding and which triggered a 250-fold increase in locust populations in those countries," the agency said.

After becoming airborne, swarms of tens of millions of locusts can fly up to 150 kilometres a day with the wind behind them. "Prevailing winds and historical precedents make it likely the swarms, once formed, will fly to Algeria, Libya, southern Morocco and northwestern Mauritania," said Keith Cressman, FAO senior locust forecasting officer.

"Once there, they could damage pastures and subsistence rain-fed crops. They could also pose a threat to harvests in Chad, Mali and Niger," he said. The FAO said it was monitoring the situation in Niger and Chad, but was having difficulty in conflict-hit Mali.

It said control operations, with spraying by ground teams, started in Chad in early October and similar interventions are underway in Niger, though military escorts must accompany teams to protect them.

The agency has brokered agreements with nearby countries that have available and appropriate pesticide stocks -- like Algeria, Morocco and Senegal -- to donate these to Mali, Niger and Chad.

It said supplies are being airlifted to the region with the support of the World Food Programme. 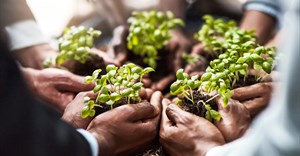 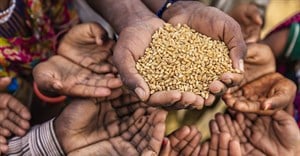