27 May 2022 | Email | Print |  PDF
Tsepiso Monamodi, founder of South African children's shoe brand Oratile Kids, is one of the local entrepreneurs who have benefitted from the commitment by Clicks to source more South African products. Tsepiso Monamodi, founder of Oratile Kids. Source: Supplied
The health and beauty retailer launched a supplier development programme in 2021 and added a portal on clicks.co.za via which local entrepreneurs can apply to become a supplier. The Clicks Group plans to target over R4.5bn sourced through Black women-owned suppliers over the next three years.

Monamodi started her business with just one sewing machine, and without even knowing how to sew.

“The lady who sold me the machine said, ‘I can’t sell you this machine if you can’t sew.’ So I would go to her shop every Friday afternoon for lessons,” the entrepreneur recounts.

The idea for Oratile Kids was born from Monamodi’s quest to find shoes for her toddler. Her aunt had told her about soft shoes for toddlers that were available when Monamodi was a child, insisting that Monamodi buy them for her own little one. She searched high and low but could only find one overpriced supplier. The more she researched, the more she fell in love with the concept of comfortable, durable shoes that actually aided baby’s development.

“I thought, maybe I could offer them, but they could have more of an African feel. I wanted them to be unique. I taught myself how to make the shoes – it took me about six months.”

Catching the eye of Clicks

Monamodi sold her products at markets for about three years, and describes this as her “biggest learning experience” because engaging with customers in this setting allowed her to hone her craft. When the pandemic hit and markets were forced to close, Monamodi started using social media to sell her products. This was when her business started to flourish and she caught Clicks’ eye.

She recalls that when she received a direct message on social media from the Clicks team, she thought it was a hoax. But the interest was real, and Oratile Kids became a Clicks supplier when the first standalone Clicks Baby store opened at Gateway Theatre of Shopping in KwaZulu-Natal last year. Oratile Kids products, and those from other local brands, can be identified with the 'locally sourced' logo they carry in store.

According to Clicks brand executive Phathiswa Sefatsa, the retailer currently stocks close to 780 locally produced products in its stores and plans to continue growing this number.

“Sourcing locally is an important part of building healthier futures for South Africa’s small and medium-sized enterprises and is what will create stable jobs and a healthier economy for our country,” Sefatsa says.

Oratile Kids reports sales growth of 34% since it started selling through Clicks. “They have really held my hand through this. Remember, I knew nothing about retail. They’ve helped us to be more consistent in terms of the products that we’re delivering. They also want to help us enhance our offering,” Monamodi says.

She adds, “We’ve started engaging about an enterprise development plan, where they are going to be helping us to get factory space, more machinery and also to increase the number of stores that we are in. It’s really exciting – good things are coming!” 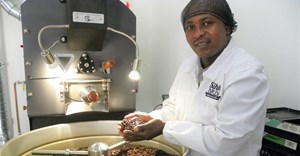 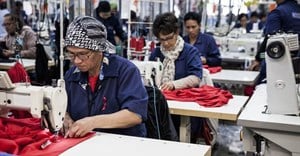