17 Dec 2021 | Email | Print |  PDF
By: Jared Ruttenberg
It was with sheer disbelief that some weeks back I found myself waking up to ringing bells and stepping outside the hotel being greeted by the great Duomo - realising I was in the city of Milan, Italy. I had the privilege to bear witness to the Grand Finale of the S.Pellegrino Young Chef Academy Competition 2019-21 and support the four talented young chefs from the Africa & Middle East region who were finalists in various award categories: Paul Prinsloo from Gåte Restaurant at Quoin Rock (mentored by Gregory Czarnecki), Marcus Gericke from Le coin Français, Callan Austin of Chefs Warehouse at Tintswalo Atlantic, all based in Cape Town and Elissa Abou Tasse from Kanz Handcrafted Delicacies in Lebanon.

Gastronomy as a catalyst for change

The focus on the mighty three-day programme of networking and education (that included a series of workshops, forums, and the highly anticipated cook-off between the 10 regional finalists) was magnifying as to how gastronomy can lean in and impact local communities, sustainability and social responsibility.

World Culinary Awards: All the Africa and global winners

Not only were these chefs here to show off their culinary skills but this year’s award winners were recognised for their unique talent to use gastronomy as a catalyst for social and environmental change – and our Africa & Middle East finalists did not disappoint.

Callan Austin won the S.Pellegrino Award for Social Responsibility with his dish The Ghost Net, and Elissa Abou Tasse from Lebanon was the winner of the Acqua Panna Award for Connection in Gastronomy with her signature dish Adam’s Garden – reflecting her ability to bring together different cultures on a plate. It goes without saying that the South African gastronomy community couldn’t be prouder of Chef Paul Prinsloo for making it into the Top 10 of the Grand Finale – representing as the Africa & Middle East finalist.

I asked Austin to share with me what fuelled his journey of focus around sustainability: “Growing up in the small coastal town of Jeffreys Bay I was constantly being exposed to the beauty of Mother Nature. My buddies and I would spend an entire day at the beach, surfing and playing in the waves.

“At school, we were encouraged to explore the outdoors and go camping, hiking, kloofing, and immerse ourselves in nature. I’ve always felt a strong connection to nature and as a young chef I’ve realised I have a responsibility to become an advocate for social responsibility and to protect what has been a fundamental part of my life.”

Talking to Marcus Gericke about the experience of our few days in Milan, he said some of the highlights were meeting the Grand Jury (judges for the competition), asking them questions, and just getting to know them on a personal note. “Callan Austin and I were lucky enough to speak to Chef Massimo Bottura as well and that conversation was so real and heart-warming that I can tell you now that both Callan and I are very motivated for the future and the next edition of the competition," Gericke said. With it, he showcased the understated carrot and promoted plant-based dishes. Incidentally, 2015 winner Mark Moriarty also highlighted root vegetables in his signature winning dish of Celeriac baked in barley and fermented hay, a cured and smoked celeriac, and toasted hay tea which opened many doors for his future.

Jerome Ianmark Calayag’s advice for budding young chefs out in the world is in fact a challenge for all of us out there, “Do it before you think you are ready. You shouldn’t wait until you are ready as you might never do it and that’s not good. You miss every shot that you don’t take."

Thank you to Sanpellegrino for their ongoing support of young chefs and particularly Clearworld South Africa – the distributor of the internationally recognised mineral waters, S.Pellegrino and Acqua Panna – for championing our local chefs.

Jared Ruttenberg is an independent travel journalist, regularly contributing to some of South Africa's most respected publications. His social media engagement leads him to partner with various clients highlighting Cape Town, South Africa and abroad. As a qualified tour guide he also offers bespoke private tours and experiences in and around the Mother City. Find him online at www.jaredincpt.com or www.instagram.com/jaredincpt.
Read more: S.Pellegrino, gastronomy, Jared Ruttenberg 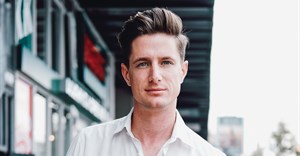 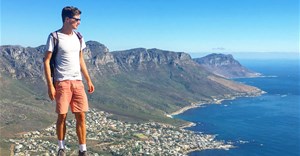 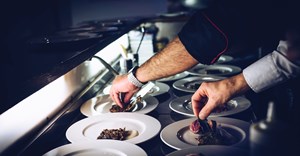 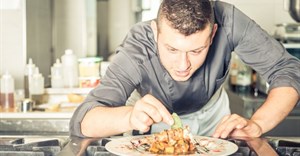