By: Eugene Yiga
Cape Town Opera's 2009 adaptation of Madama Butterfly was called "breathtaking and thoroughly engaging" by the Sunday Independent and "an operatic masterpiece" by the Cape Times. Now, the award-winning company is set to restage Puccini's classic for a limited run at the Artscape Theatre. We spoke to Albert Horne, chorus master and music assistant of Cape Town Opera, to find out more. EY: Without giving too much away, what is Madama Butterfly about?

AH: Madama Butterfly is about a 15-year-old Japanese geisha, Cio-Cio-San, who marries a visiting American naval officer, BF Pinkerton. She falls madly in love with him, but he has no intention to remain in Nagasaki with her. Obviously, tragedy enfolds.

How relevant is this story almost 100 years after it first appeared?

The whole issue of a colonialist mentality is still a very relevant one and the cultural divide between the East and the West remains pertinent. Also, it is a heartbreaking love story, which will resonate in the hearts and minds of all audience members.

And how relevant do you think opera is to the younger generation of today?

As long as respect for the operatic and classical art forms is nurtured in the younger generation, both at home and at school, young people will realise that the operatic stories actually remain relevant. One has to appreciate how the music portrays the emotion of what's happening on stage and how the orchestra carries the vocal performers through the story. Once you understand that, then it all makes sense. Could you tell us what it's been like to work with the performers?

We are lucky to have exceptional singers in the lead roles for this production. Tatiana Monogarova from Russia is an incredible artist, who brings an amazing insight into the role of Cio-Cio-San. Tshepo Moagi (Pinkerton), Mandisinde Mbuyazwe (Sharpless) and Violina Anguelov (Suzuki) are permanent singers with the Cape Town Opera and we have collaborated in various productions.

It is always a joy to work with such well-prepared, polished and talented singers, and it makes my job as conductor much easier. We're also very lucky to have the Cape Philharmonic Orchestra playing for the production, which is the final icing on the cake. They play the piece beautifully and really support the drama on stage.

You've been involved in numerous Cape Town Opera productions over the years. What are some of your personal highlights?

My biggest highlight must be when the Cape Town Opera Chorus was invited to perform with the Berlin Philharmonic Orchestra, under the baton of the legendary conductor Sir Simon Rattle, at the Philharmonie in Berlin last year. It was such an incredible experience - to work with, arguably, the best orchestra and conductor in the world, in the best concert hall in Europe. The audience and critical responses were immense and we will always treasure this experience.

And what was it like to win the prestigious Chorus of the Year at the International Opera Awards in London?

What an amazing honour. It is always tricky to determine where we stand in the operatic world, being so far away from the rest of Europe and the US, but winning this award made us realise that we are on the right track. It was such a privilege to be nominated alongside the opera choruses of the Helikon Opera in Moscow, the Netherlands Opera Chorus, and the Bayreuth Festival Chorus. Winning this award proves that we have immense vocal talent in this country and that we should be proud of who we are, and continue to try to take over the international arts world.

Madama Butterfly is at Cape Town's Artscape Theatre on 19, 21, 25, and 27 September. Tickets are available from Computicket. For more information, go to www.capetownopera.co.za. 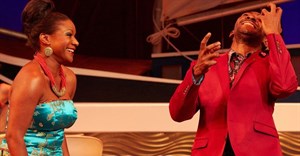 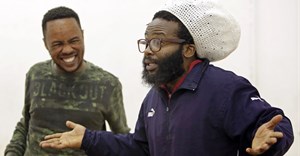 A musical adaption of Heart of Redness at Fugard20 Jul 2015 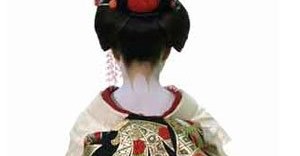