#BizTrends2020: End of an era as the 3rd party cookie crumbles

By: Lisa Macleod
An interesting year has just flown by, in which it feels like all things digital are under pressure - the adtech ecosystem is contracting, Facebook is being slammed as usual, Google is in a showdown with French publishers, and cookies are errr... crumbling. Lisa MacLeod, head of digital at the Tiso Blackstar Group

Let’s start with the cookie problem. For almost 25 years marketers have relied on third-party cookies to track user behaviour on websites: most marketing and adtech platforms use them extensively to target and re-target consumers with 'relevant' ad material.

Now new technology like Apple’s Intelligent Tracking Prevention and Firefox’s Enhanced Tracking Protection tighten up previous loopholes and block cookies by default, and Chrome is about to join the fray with similar controls.

The 'digital paradox' facing the media industry in 2020

GDPR and the California Consumer Privacy Act – both aimed at increasing privacy measures for consumers – as well as browser, network and app-level blockers, mean the little happy trackers’ days are numbered.

And so, possibly, are the days of many marketers and ad tech players…

For publishers, however, I see an opportunity as the market pivots to other data sources like first-party data, and a return to contextual advertising, which will require intelligence about content preferences, user behaviour and preferably a stack of logged-in users.

While this may not be to everybody’s advantage, publishers that started years ago with registration walls, registered commenters, paid subscribers, newsletter databases and advanced content analytics (like Tiso Blackstar for example – #justsaying) are already sitting pretty with a ton of highly valuable first-party data. Can’t wait to see where this goes!

My second prediction is further consolidation in the overcrowded adtech and data management space, as the big cloud operators are hoovering up the smaller players, integrating back office and front office services, and providing end-to-end data collection and service management. Already there has been a big reduction in the number of DMPs, DSPs and SSPs in the market – and the trend I believe will continue.

The first of these big merger/acquisitions was Salesforce which bought out leading DMP Krux for $700m in 2016. Then Oracle acquired Krux’s rival DMP Bluekai in 2015, and this year took on independent viewability and ad measurement vendor Moat. AppNexus was bought by AT&T, paywall management company Piano and DMP Cxense have just merged, and Rubicon is the first company to directly partner with Google’s DBM on facilitating PMPs. Wonder if there might be a merger in the offing?

My third prediction will be around a uniquely South African problem: the enormous cost of data in this country. A number of prominent organisations: Media Monitoring Africa, South African National Editors’ Forum, Interactive Advertising Bureau of South Africa, and Association for Progressive Communications have put forward a seven-point plan for universal access to the internet.

We can only hope that the government takes this seriously – most especially points 3 and 4, as do the telcos, and we start getting some relief on data costs – not only to help lift publishers but for all business and services in South Africa.

Until that happens, the #datafree ecosystem – pioneered by Gour Lentell and his company Binu – is also making waves, and I can see this exploding next year, simply because there is a hungry market out there. Already heading for two-million users on their #datafree messaging app Moya, Binu is building an environment of providers that are furnishing the data costs to reach and service new audiences.

Our own #datafree app powered by Binu, SA News Live, has over 365k monthly UBS, and our first campaigns have shown astonishing CTRs and results. Definitely a space to be playing in.

The heat is on the duopoly

Facebook and Google are under pressure, as ever, with Mark Zuckerberg making more frequent – and increasingly excruciating – trips to congressional inquiries to be grilled by politicians, and Google embroiled in a landmark argument with publishers in France over their assertion that they should be paid for Google publishing news “snippets” along with search results.

The spat is the result of a new law, the EU Copyright Directive—passed in March, which forced through new copyright rules, one of which allows publishers to demand payment for these snippets. Google has called their bluff, stating it will stop showing the previews unless the publishers opt in to allow it to show for free. No payments will happen. At the moment the publishers have chosen to opt in to mitigate an estimated 30% to 40% drop in click-through traffic – and are apparently planning an antitrust case against Google at the same time.

While the fight with Google continues, Facebook is doing exactly the opposite and playing publisher’s friend – as usual only for a select beta group of publishers – and paying them for content for their newly launched News Feed.

Is Foogle the enemy?

Not to be cynical, but here is Frederic Filloux’s view:

Facebook is only playing politics and competition against Google here. By spending a relatively small amount of money to put forward the content of selected publishers in the News Tab, it hopes somehow to buy the favour of the industry by appearing as its saviour. Facebook’s moves are always tactical and based on the factorisation of the PR/political benefit weighed by the associated costs.

I predict more bad PR, more tough questions and the threat of further regulation for the duopoly as 2020 rolls on.
NextOptions
›
Email Print PDF
Follow 5 retail predictions ahead of the holiday season29 Nov 2022 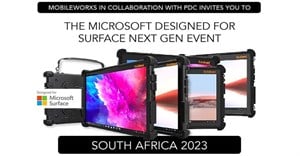 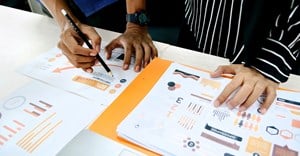 Data key to reaching customers during tough economic times8 Nov 2022
Republication of selected Bizcommunity content for non-commercial purposes is allowed if the original article is linked to with "Source: www.bizcommunity.com". Please click here for more information and to request permission.
Let's do Biz