"All of our finalists were outstanding businesswomen and the achievements of each one is exceptional," says Suheima Mohamed, chairperson of the BWA Gauteng Branch. "Choosing a winner in each category was a daunting task.

Lindiwe Shibambo is a founder and CEO of Maid4U, a professional domestic service recruitment and training agency, offering placement solutions that provide structure to a highly personalised and often informal service, where the workplace is the employer's home. She is currently finalising the opening of the first Domestic Worker Academy in Pretoria, aimed at upskilling domestic workers and ensuring that the domestic workers' sector is professionalised.

Runner-up, Tuming Lee Magongoa has been running her own business, Tuming Lee Studios, a children's book publishing and translation service business since September 2009. April 2013 saw the company successfully add an entrepreneurial magazine, Kickstart to its already impressive portfolio. Her vision of taking it to the rest of Africa has been realised through a business talk show of the same name, Kickstart Africa on Planet Radio TV DSTV Channel 335 and on Go TV 73 exclusively televised in North, East and West African countries.

Drepaniotis is CEO of John Dore Flooring, a franchise group that grew from seven branches to the current head office and ten branches on a national scale. She is the proud mother of three boys and is a driven individual with no boundaries.

Donna Reid, the runner-up, is the Founder and a Director of Donna Reid Designs, a company that has 100% woman ownership. She has over 15 years' experience in graphic design for governmental, non-governmental and private sector organisations. Her resilience was displayed when she successfully climbed Mount Kilimanjaro.

Mojapelo is CEO of Hand in Hand Southern Africa, an organisation that is a part of an international network that focuses on implementing poverty alleviation programmes in poor communities. She believes poor people can work their way out of poverty. With this belief, she started Hand in Hand in southern Africa, in partnership with a philanthropist in 2008. Since then, she has pioneered the growth of the business from two employees to over 200 employees and into three other countries.

Runner-up, Mirriam Nuska Zwane heads up the Rivers Foundation, an organisation that provides a well-managed avenue for businesses and individuals to donate finances, services and time to programmes and projects that alleviate the plight and suffering of the less fortunate.

The Gauteng Branch of BWA implemented a Special Recognition Award in 2014. Designed to celebrate and recognise women who have been supportive and committed to the upliftment and empowerment of women in the Gauteng region, Edna Freinkel was the first recipient of this award. 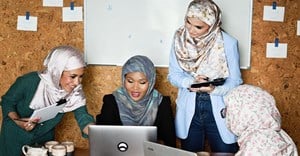 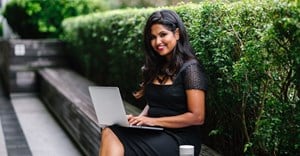 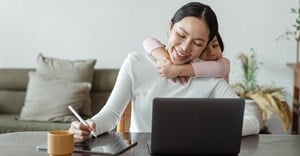 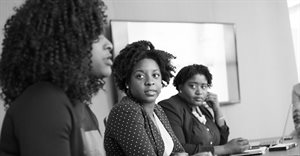