Alcohol industry applies for deferment of R5bn in excise tax

20 Jul 2020 | Email | Print |  PDF
The renewed prohibition of alcohol sales with immediate effect has led the South African alcohol industry to apply for a deferment of the payment of over R5bn in excise duties for July and August 2020.
The total excise due for July is estimated to be R2,514,366,945 while for August the estimated excise would be R2,585,935,368. Therefore, total excise payments due to SARS over these two months is R5,100,302,313.

Liquor industry spokesperson Sibani Mngadi explained that alcohol excise tax is imposed at the point of production. “This means that our industry have a liability to pay excise tax on end products that are in warehouses, and cannot be sold as a result of the prohibition of sales with immediate effect announced last Sunday."

The industry – including but not limited to manufacturers, the National Liquor Traders Council, South African Liquor Brandowners Association (SALBA), the Beer Association of South Africa (BASA), Vinpro, the National Liquor Traders Council – said in a statement that its entire value chain is facing an enormous financial crisis, and its capacity to make these payments is severely constrained.

The sustainability of the sector, now and in the post-Covid-19 era, is dependent on this deferment if job losses are to be avoided, the statement said.

Mngadi said the alcohol industry will play an invaluable role in helping SA’s economy recover post-Covid-19. Currently, it supports more than 35,000 township-based businesses (such as taverns), more than 10,000 off-site consumption retailers and more than 22,500 labour-intensive firms such as restaurants, hotels and wine estates.

“However, the Government’s nationwide ban on the sale of alcohol has far-reaching repercussions. A more targeted and nuanced approach is required, and the industry has appealed to the Government to enter into discussions on reasonable and viable alternatives,” he added. 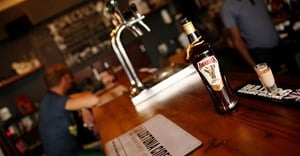 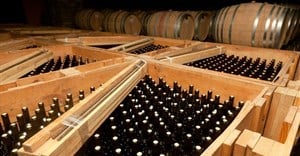