The start of the year was filled with stories of countrywide racist incidents - from Clifton Beach to Laerskool Schweizer Reneke. Woolworths came under fire for plagiarising a design from a local business in the #UbuntuCarrier debacle.

The State Capture Inquiry kicked off with former Bosasa operations chief Angelo Agrizzi - who spilt the beans. The inquiry into the Public Investment Corporation (PIC) also unveiled some uncomfortable truths.

And, in a crime that would bring the rate of gender-based violence in South African into a disturbing context, Nicholas Ninow went to court for raping a seven-year-old at the local Dros restaurant.

Stories in February were centred around the then-upcoming General Election; the Vodacom shutdown; Eskom's implementation of stage four load shedding; the State of the Nation Address and subsequent debate in Parliament; Helen Zille; the emergence of the Ramaphosa leaks; the Soweto Gospel Choir's win at the Grammys; Caster Semenya; and a Men's Conference.

As the country got into the swing of the new year, some odd stories came creeping out. Social media users launched the #ResurrectionChallenge following "Pastor" Lukau's fake resurrection.

As the State Capture Inquiry raged on, it was revealed that Fikile Mbalula got his role as sports minister from the Guptas. A video of Mandla "Mampintsha" Maphumulo assaulting Babes Wodumo showed that, in South Africa, even a famous gqom queen could be subjected to domestic violence.

Meanwhile, the Economic Freedom Fighters (EFF) embarked on a rampage against journalist Karima Brown. The Coligny men were convicted of murdering teenager Matlhomola Moshoeu and AfriForum indicated that it would appeal.

Xenophobia reared its ugly head in South African in April. Pieter Myburgh's book, Gangster State, was said to be based on Ace Magashule - which caused a widespread uproar.

The total shutdown in Alex managed to get Johannesburg to a standstill. The EFF's Floyd Shivambu was found to have received a loan from VBS. Pravin Gordhan and the Public Protector got into a spat about the Sars Rogue Unit.

Afrikaans-language popstar Kurt Darren brought some much-need reprieve from the country's happenings when he flubbed the National Anthem at a Varsity Cup final match.

In a sign that climate change was well and truly wreaking havoc, KwaZulu-Natal and the Eastern Cape experienced devastating flooding.

The Elections ruled in May as the country's sixth General Election took place on 8 May.

In other news, Multichoice right-out banned Steve Hofmeyr following another racist incident. Meanwhile, like Multichoice, the Nelson Mandela Foundation wanted an outright ban of racist paraphernalia in the country by asking that the old South African flag be banned. As expected, AfriForum took it upon itself to protect the symbol of apartheid.

The Proteas were unable to conjure any kind of Protea Fire at the ICC Cricket World Cup in June.

Women, on the other hand, were raising the flag high for SA sport. Caster Semenya was victorious on the track and in court. And Banyana Banyana were able to make us proud despite being knocked out of the 2019 Fifa Women's World Cup.

Bafana Bafana was off to a good start at the 2019 Afcon tournament, they beat hosts Egypt but then lost to Nigeria.

The death of SA legendary actress and activist Nomhle Nkonyeni broke our hearts. We also lost the Spirit Of The Great Heart, JohnnyClegg. Marc Batchelor was allegedly assassinated in a brazen hit, many paid tribute but others used the term "you live by the sword" to dismiss yet another murder in SA. Former Springbok James Small's death and subsequent rumours of a seedy end left social media astonished.

The biggest story in July was former president Jacob Zuma's testimony at the State Capture Inquiry; Zuma coughed and spluttered throughout the testimony and then refused to return.

Understanding body language as a cluster of actions

The shocking statistics hit the media about our workforce being unemployed by as much as 29%. There was a debate about then Miss SA, now Miss Universe Zozibini Tunzi's natural hair; a poll on Metro FM regarding her win sparked outrage amongst social users.

The Proteas batsman Hashim Amla's retirement from cricket brought accolades from across the world. Also getting global recognition, the Ndlovu Choir won America's Got Talent.

Gavin Watson was killed in a solitary car crash with a pole; not a single post believes the story up to today. The Pretoria CBD filled with violence, xenophobia, taxi violence and police retaliation.

The State Capture Inquiry saw a witness flee in fear for her life as the testimony about Ace Magashule got more intense.

With the gender-based violence reaching beyond boiling point in SA - one woman is murdered by a man every four hours in SA - women took to social media to ask #AmINext.

#AmINext is not a hashtag, it's the reality of life as a woman in South Africa

The 2019 Rugby World Cup (RWC) kicked off, while we learned of the untimely death of 1995 RWC winner Chester Williams. And the Royal Visit filled timelines of images of the three royals as SA welcomed them in a true African style.

Thanks Cape Town for another impactful and memorable day! A few more highlights of this very special visit with Archbishop Desmond Tutu #RoyalVisitSouthAfrica Video ©?SussexRoyal

The Democratic Alliance imploded; good news spread across SA as the timeline filled with images of Somizi's wedding with Mohale; Sho Madjozi bowled us over with her song "John Cena" - which make an appearance on the Ellen Show with the actual John Cena.

John Cena did Sho Madjozi's #johncenachallenge on The Ellen Show

The Springboks won the 2019 RWC, making Siya Kolisi the first black Springbok captain to lift the Webb Ellis Cup. Meanwhile, Faf de Klerk memes covered the media.
While the country was still in high spirits, the KFC proposal and Streetwise Wedding took social media by storm as the proposal turned into a fairytale courtesy of SA's social media.

While the country held its annual 16 Days of Activism against gender-based violence, there were several grotesque GBV instances across the country.

It may seem like we're living in a Bizzaro country but South Africa will always be alive with possibilities as long as we always find a light at the end of the load-shed tunnel.
NextOptions
›
Email Print PDF 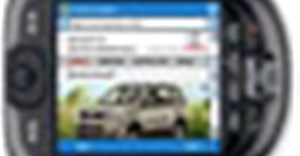 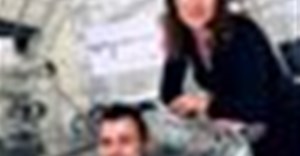