26 Jul 2021 | Email | Print |   PDF
The single-dose Johnson & Johnson vaccine is effective against the Delta variant, which is currently dominant in the country, says the president and CEO of the South African Medical Research Council (SAMRC), Professor Glenda Gray. “Data from the Sisonke Study conducted among healthcare workers is showing that the J&J vaccine is effective, and reduces your risk of severe disease, hospitalisation, and death,” she says.

The SAMRC has noted concerns from the public about the efficacy of the J&J vaccine against the Delta variant. These concerns largely stem from research conducted by New York University researchers, which showed that the single-dose J&J vaccine was far less effective at preventing Coronavirus infections from the Delta and Lambda variants.

Gray pointed out that the results from this research are from experiments conducted with blood samples in a laboratory in the United States.

“We’re hearing reports that people want a boost, and that the J&J vaccine doesn’t work against the Delta variant.

Gray additionally cited a Harvard University study, which showed that the immune responses are long-lasting, even up to eight months, demonstrating that “a boost is not needed at this stage”.

Gray insists that the single-dose vaccine is active against the Beta and the Delta variants of concern, while full vaccination with Pfizer increases protection as well.

“We’ve had a terrible pandemic, terrible excess deaths and we’ve lost our loved ones, friends and colleagues. We need to ensure we… use our vaccine strategy to control the pandemic in South Africa.”

According to Gray, since the outbreak, the country has recorded over 200,000 excess deaths related to the pandemic.

She believes that the only way to control the spread of the virus is through global immunisation.

Gray says 26.8% of the world’s population has received at least one dose of the Covid-19 vaccine, accounting for about 3.17-billion doses.

“The risk-benefit favours vaccination over not being vaccinated.”

Gray says there have been rare but serious side effects that have been reported with the use of the vaccines.

These include myocarditis (or heart inflammation) that is linked to mRNA vaccine or Pfizer, while the J&J vaccine has been associated with thrombosis with thrombocytopenia syndrome, which caused the Sisonke Study to be halted for two weeks.

Most recently, Gray says Guillain-Barré syndrome (GBS) has been associated with these vaccines.

“I also want to tell you that if you look at the rate per vaccination per side effect, you can see that the benefit of getting the vaccine is better.”

GBS is defined as the condition in which the immune system attacks the nerves.

She says the condition has also been linked to other vaccines, including influenza and childhood shots. GBS might cause muscle weakness, which could lead to difficulties in physical exertion, including things such as climbing stairs.

“If it does happen, it’s important to seek medical care because you can manage it. The risk is higher in men and those over 50-years-old,” she says.

However, she reiterates that both the J&J and Pfizer do save lives.

In addition, other well-known complications may include pain or swelling in the arm, fever, fatigue, headache or simply feeling ill, which usually resolves after a few days.

“If you feel that you’re having side effects and that you’re feeling unwell after the vaccination, it’s important to contact your healthcare provider,” she says

In addition, she says serious side effects that could cause long-term health problems are extremely unlikely following any vaccination, including Covid-19.

“Vaccine monitoring has historically shown that side-effects generally happen within six weeks of receiving a vaccine dose and it’s unlikely to happen after six weeks.

“Millions of people have received Covid-19 vaccines, and no long-term side effects have been detected,” she says.

Globally, Gray says they will continue to closely monitor the safety of Covid-19 vaccines.

“If scientists find a connection between a safety issue and a vaccine, the regulators and the vaccine manufacturers will work toward an appropriate solution to address the specific safety concern.” 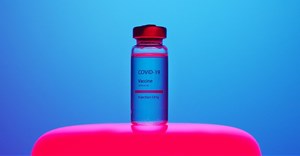 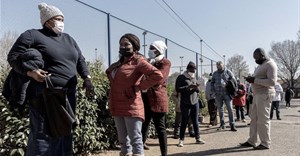 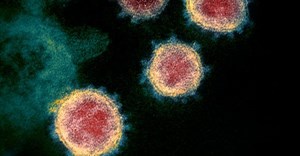 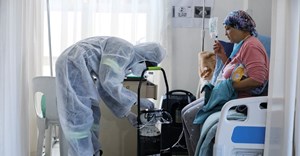 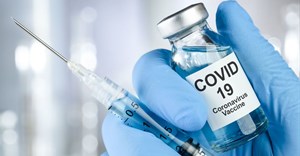 South Africa's vaccine quagmire, and what needs to be done now5 Jul 2021