By: Sindy Peters
At the recently concluded Property Buyer Show in Cape Town, we caught up with the marketing director of the newly launched Youth in Property Association (YIPA), Khensani de Klerk to find out a bit more about what the organisation does, what its objectives are, and what some of the challenges are for the youth of South Africa in becoming more involved in the property sector. Established in 2016 and officially launched in March 2017, YIPA - an NPO - is the brainchild of eight University of Cape Town (UCT) students from various disciplines. An association created by the youth, for youth, de Klerk explained that its vision is to empower the youth, particularly youth of colour, accelerating access to and allowing for greater participation within the property sector.

"We want to foster a space and a network of members that have the opportunity to get in touch with corporates, companies and organisations which we essentially partner with in order to provide them with the opportunities to progress and move forward in the property industry for the transformation of South Africa, which is one of our biggest mandates," said de Klerk.

While YIPA has yet to enter into any formal corporate partnerships, the initiative is affiliated with UCT, the Western Cape Property Development Forum, and the Association of Built Environment Students. YIPA is open to corporate partnerships in terms of sponsorship, event speakers, and, at a later stage, said de Klerk, a merging sustainability partner.

Being a YIPA member is all about gaining access. "We'll give you access firstly to the network between you and the other cohorts of students and youth that are also wanting to advance themselves in this space, and to the corporates and companies that are involved," explained de Klerk. Members, as with the Property Buyer Show, would have access to other interactive events and workshops, as well as potential bursaries and scholarships later down the line.

In explaining why there is a need for an organisation like YIPA, de Klerk pointed to a concentration of white capital in the property sector. While universities have quotas in place to remedy racial imbalances caused by past injustices, YIPA is trying to tackle the issue of sustaining those youth in the property industry. "What we find is that you've got youth leaving university and then falling into the trap of the caste system where they haven't had the opportunity, they haven't had the network - the circle that allows them to start a property investment company, to start and lead in that space, and I think that's where the numbers start to dwindle," explained de Klerk.

According to a 2014 study by Investment Property Databank (IPD), out of a total of 261 non-executive and executive directors in the property sector, 189 are white while only 53 are black.

"The biggest challenge lies in a question and that is the land - the land question is something that we tackle every day. White capital is concentrated - we can't ignore that - because of our generational injustice. Property has been inherited through that system of injustice - being apartheid, and at this stage, it's difficult for people of colour to penetrate that because it's difficult to invest when you don't have the funds to do so," said de Klerk.

While white capital monopolisation of the property market might be the source of inequity in this space, YIPA believes broad inclusivity is the answer.

"It's really about partnership and co-production," said de Klerk, "and that's why I like to emphasise that it's not solely for people of colour, but also for collaboration, including all who want to contribute to the transformation of South Africa."

Sindy Peters (@sindy_hullaba_lou) is a group editor at Bizcommunity.com on the Construction, CSI & Sustainability, and Property portals. She can be reached at moc.ytinummoczib@ydnis.
Read more: Property Buyer Show, transformation in property, Youth in Property Association 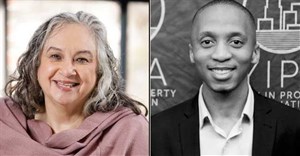 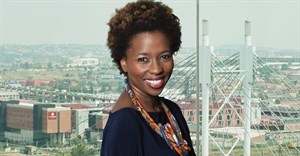 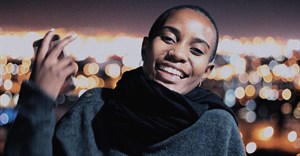 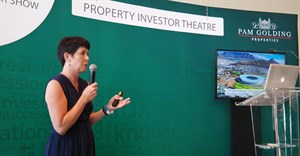