Accounting: The bread and butter of efficient service delivery

17 Mar 2022 | Email | Print |  PDF
Issued by: SAICA
Driven by a mutual desire to improve the lives of South Africans through building a democratic and capable state, two CAs(SA) took on an adventure in the United Kingdom (UK) to broaden their horizons and hinge on international expertise, privy to a pandemic that would change life as we know it.
Shortly after Thobeka Ngcobo and Muhammad Ismaeel Buckus arrived in the UK to start their new journeys at Ernst and Young (EY), lockdown was announced on 23 March 2020 and the British public were ordered to stay at home.

Ngcobo, originally from Amanzimtoti, KwaZulu-Natal, studied at Wits and completed her articles at the Auditor-General of South Africa (AGSA). As an executive for the Trainee Auditor Forum, she got to hone her leadership skills and take ownership of many new initiatives. During her time at the AGSA, she was part of various committees such as risk and ethics and strategic economic development. “CAs(SA) are driven by ethics and that is what the public sector sorely needs,” says Ngcobo, who spent three years at the AGSA. “My role was an important part of my career journey, even though I was scared at first. I acquired an enormous number of skills in the time that I was there, and it was an excellent training ground for me.”

Buckus graduated from the University of KwaZulu-Natal with a BCom Accounting degree in 2007 and immediately started working as an accounting clerk for a small accounting business in Durban. In 2011, he registered with the University of South Africa to complete his Chartered Tax Adviser qualification and joined the AGSA as a trainee auditor. By the end of 2013, he had qualified as a CA(SA) and Registered Auditor (RA). He spent the next six years as an audit manager at the AGSA.

After receiving a call from a recruiter asking whether Ngcobo was interested in working overseas, she realised it was not something she had previously considered. “I was treading on uncharted waters at the time, and said ‘OK, let’s do it.’ I had always wanted to travel so that was part of the appeal. Of course, I had no idea that I would end up spending 12 months alone in my flat as a result of lockdown restrictions. Yet, the exposure has been incredible, and I have learned so much about how others approach audit, especially in a big corporates. There is no question that the AGSA prepared me for my work at EY.”

Ngcobo says she has found her niche in diversity and inclusion (D&I), which are business imperatives at EY. “Beyond my responsibilities as an auditor, I am a D&I champion for the assurance team, and I lead a sub-group on maximising learning and development for the regional office. I am deeply committed to creating awareness on inclusion achieving the firm’s D&I strategy. I have also been involved in the firm’s anti-racism campaign.”

She has always found it impossible to limit her focus and generally has several projects running at once. She mentored a young accountant in Malawi through a virtual mentoring programme called Travel for Change Adventures. Ngcobo is an ambitious, proactive leader who takes initiative and believes that leadership is about influence and impact. She is also in the Traversing Liminality programme, where she is coached by business leader Dr Lulu Gwagwa, who created the programme as a platform for ambitious and driven young, black women. As an advocate for the inclusion of women in a largely male dominated industry, Ngcobo aims to be an inspiration to young women herself.

On his part, Buckus recalls reading about the service delivery challenges in South Africa all the time, and this forced him to think about what positive contribution he could make to improving the sector. “I knew that if I joined the AGSA, I could make a difference to accountability in local and provincial government. As an auditor, it was my responsibility to evaluate whether a local or provincial government had adhered to applicable laws, regulations and its own policies and procedures. One could say that I was representing the citizens of South Africa, ensuring that public funds were accounted for, and controls were in place to protect public resources from misappropriation and misuse”.

Buckus too moved to London to join EY. Professionally, he wanted to step outside of his comfort zone. “I knew that living and working abroad would open up opportunities to develop new skills and have new experiences. I chose London because it is the world’s most international and connected financial centre, and EY because I wanted to be exposed to a global prestigious Big Four accounting firm, additionally, I’m an ardent sports lover; I’m passionate about playing and watching sports and I’m a massive Liverpool FC fan. I also love travelling and living in different cities and countries. I find that this allows me to learn about cultures, ideas, and values practiced by people around the world. It adds to my personal development and broadens my worldview,” he says.

Although he and Ngcobo took longer to settle in than they would have without a global pandemic in the way, they are both grateful for the public sector training they had at the AGSA and for their UK colleagues who gave them an enormous amount of support during lockdown, ensuring that they were able to settle in and thrive.

“The job market fluctuates all the time depending on the economic situation,” says Buckus. But because the CA(SA) qualification is held in high regard worldwide, it opens up many opportunities locally and internationally.” 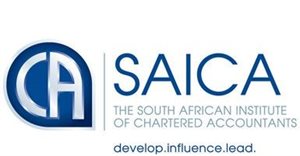 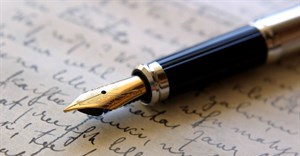