Enquire about a company press office

12 Feb 2018 | Save | Email | Print |  PDF
PARIS, France - Luxury goods maker Hermès said on Thursday it shrugged off economic, geo-political and monetary uncertainty to book record sales in 2017, thanks to the strong performance of all of its divisions across all regions.
Hermès' said in a statement that revenues grew by 6.7% to €5.6 billion ($6.9 billion) last year.

The group said that growth was driven by "well-balanced contributions across the business lines and all geographical areas" and the development was "particularly healthy as it is mainly based on an increase in volumes".

"2017 was a very good year," said chief executive Axel Dumas. "We accelerated growth, which is once again faster than the sector average."

Hermès had demonstrated its "solidity year after year," despite the "very unstable and volatile" environment, he said.

The group's biggest division, leather goods and saddlery, lifted sales by 7.6% to €2.8 billion, with CEO Dumas pointing to "very strong demand for our bags".

Hermès is scheduled to publish full details of its 2017 results on 21 March.

Source: AFP
Get a daily news update via WhatsApp or sign up to our newsletters.
Like Save Email Print PDF

We pride ourselves on our wide variety of in-house skills, encompassing multiple platforms and applications. These skills enable us to not only function as a first class facility, but also design, implement and support all our client needs at a level that confirms I-Net Bridge a leader in its field.
Go to: http://www.inet.co.za
Comment
Comment guidelines and disclaimer
LEGAL DISCLAIMER: This Message Board accepts no liability of legal consequences that arise from the Message Boards (e.g. defamation, slander, or other such crimes). All posted messages are the sole property of their respective authors. The maintainer does retain the right to remove any message posts for whatever reasons. People that post messages to this forum are not to libel/slander nor in any other way depict a company, entity, individual(s), or service in a false light; should they do so, the legal consequences are theirs alone. Bizcommunity.com will disclose authors' IP addresses to authorities if compelled to do so by a court of law.
Read more: luxury goods, Hermes, luxury brands, French fashion, luxury fashion 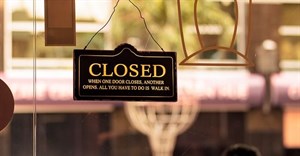 Republication of selected Bizcommunity content for non-commercial purposes is allowed if the original article is linked to with "Source: www.bizcommunity.com". Please click here for more information and to request permission.