29 Sep 2020 | Email | Print |  PDF
The Consumer Goods Council of South Africa (CGCSA) has launched the South African Food Loss and Waste Voluntary Agreement which commits food manufacturers and retailers to reducing food waste to achieve the United Nation's Sustainable Development Goal to halve global food waste by 2030.
The agreement – launched to coincide with the International Day of Awareness of Food Loss and Waste (IDAFLW) which falls on 29 September 2020 – was developed by CGCSA in partnership with the Department of Department of Trade, Industry and Competition (DTIC) and the Department of Environment, Forestry and Fisheries (DEFF) and was co-funded by the European Union through the SA-EU Dialogue Facility.

It commits CGCSA food manufacturing and retail members to implement measures to minimise and reduce food waste in the country.

"From an ethical perspective, there is simply no room for #foodwaste" - Head of Cooperation @BernardCRey applauds the momentous launch of the South African voluntary agreement on food loss an waste on #FLWDay #SDG12 #EU_SAdialogue @environmentza pic.twitter.com/qSGptVJDWi

Current estimates show that about 10 million tonnes or 30% of local agricultural production in South Africa is wasted each year. This is equivalent to an estimated R60bn a year or about 2% of GDP. "In a country where an estimated 14 million people go to bed hungry every night, this is a monumental unnecessary waste which cannot be allowed to continue," says Matlou Setati, executive, CGCSA Food Safety Initiative.

Setati says the food waste initiative is the culmination of efforts made since 2015 when the DTIC approached the CGCSA to lobby its members to sign a voluntary agreement on food waste in line with both the UN goal to halve global good waste by 2030 and another commitment by the Consumer Goods Forum (CGF) to reduce by half global food waste by 2025.

Setati explains, “The CGCSA-FSI together with the DTIC subsequently submitted a proposal for funding from the EU for a study tour in Europe to engage with other organisations which have implemented similar programmes to reduce food waste and share best practices for implementation and trial in South Africa. The funding had a research component to evaluate the current status of food waste in South Africa and come up with levels of food currently wasted, in order to allow the industry and government to set informed reduction goals.”

Gareth Ackerman, co-chair of CGCSA, says: “By developing the voluntary Food Loss and Waste Agreement, CGCSA is making a bold call to South African food manufacturers, distributors and retailers to commit themselves to prevent and reduce food waste. Given that South Africa’s retailers sell approximately 80% of the food consumed in the country, they sit at a critical point in the value chain to influence changes to reduce some of the food waste South Africa generates each year.

“I am glad to say we have received overwhelming support from our members, among them Massmart, Danone, Tiger Brands, Pick n Pay, Woolworths and Shoprite, who have already pledged to support this important initiative. Many more members are signing up because they believe it is the right thing to do. Let today’s launch be the start of an irreversible commitment to ensure that our members become the catalyst for action to address food waste and food insecurity in South Africa,” says Ackerman.

Ackerman says it is not only morally wrong but also heartbreaking that millions of tonnes of food are thrown away, yet the food is perfectly safe for human consumption. “Ultimately, the CGCSA is advocating for legislation to make it possible for surplus food, which is still safe for human consumption, is donated to the needy as part of national goals to avert food insecurity in South Africa,” says Ackerman.

How optimal water use can support food security, reduce waste in Africa

Thembelihle Ndukwana: director – agroprocessing from DTIC says, “The Department of Trade, Industry and Competition (the DTIC) is driving the initiative to implement Goal 12.3 of the Sustainable Development Goals which is meant to reduce food loss and waste in the food system.

"The DTIC started conceptualising the establishment of a Voluntary Agreement to prevent food wastage by both manufacturers and retailers in South Africa back in 2012. The DTIC approached the CGCSA to partner with it to make this programme a reality. With the financial assistance from the SA-EU Dialogue facility, we have made strides in crafting a Voluntary Agreement which will be entered into by the signatories today.

“We appreciate the willingness of these companies (both manufacturers and retailers) to partner with Government in ensuring that food waste is reduced with the aim to eliminate food waste in the near future. This is one of the efforts by South Africa to transition to a sustainable consumption and production and achieve healthy sustainable food systems.”

Collaborative vision towards a global cause

"Through international insights and expertise, collaborative dialogue and grassroots research, this dialogue series has evolved into the successful launch of a multi-sectoral voluntary agreement on managing food waste in South Africa from farm to fork. It has been a privilege to work across the private and public sectors in South Africa and hold the space, through engaging dialogue, for a truly collaborative vision towards this global cause.”

Minister of Environment Forestry and Fisheries, Barbara Creecy, welcomed the initiative and its potential to ensure more sustainable consumption patterns in the country.

“Water scarcity, land degradation and burgeoning food and packaging waste are some of the major environmental problems of our time. More responsible consumption of agricultural produce will assist to promote both food security and more sustainable agricultural practice. Organic waste is a major component in any landfill and all efforts to divert this waste through ensuring better use of food products is a significant contribution to our joint efforts to promote resource efficiency," says Creecy.
NextOptions
›
Email Print PDF
Read more: Gareth Ackerman, Consumer Goods Council of South Africa, food loss, food waste, food retail, food manufacturing, Department of Environment, Industry and Competition 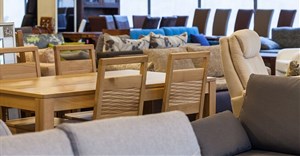