Getting lost on Long Street Nights

By: Eugene Yiga
Cape Town's Long Street has earned a reputation as one of the city's favourite party spots, what with all its restaurants, bars, and clubs. Many local residents and international visitors make this place their home late into the night and early into the morning. But do you really know who they are? 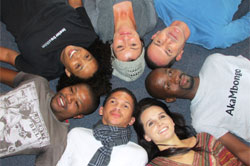 "When I issued the casting call for this production, I told potential actors that they needed to visit Long Street first," said director Nicky Rebelo, who, in the early 1980s, used to live above what is now Fiction Bar. "This was so that they could absorb the culture and vibe of the area. They then had to prepare a short audition monologue based on their experiences."

For every night over a two-week period, the group walked up and down Long Street from 9pm until 2am, soaking up as much as they could. "I warned them to be open minded and not to jump to conclusions on the first night," Rebelo said. "The trick is to go back and to visit the same spots every night. By doing this you start to discover life's different layers." 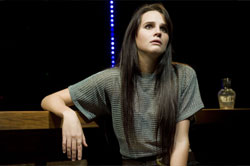 And so the six archetypes were born: a single mother and businesswoman with a suspicious "import/export" business (Riana Alfreds); a desperate and lonely karaoke DJ with fading dreams (Daneel van der Walt); a wild, headstrong girl from the "now" generation (Natasha Dryden); a young politician and tenderpreneur with a chip on his shoulder (Thami Mbongo); a naïve young man from the Eastern Cape (Thando Doni); and a sensitive barman with fantasies of being a rent boy (Antonio Fisher).

Each story is told as a mini-monologue with some of the characters crossing paths, much like in movies by Alejandro González Iñárritu (Babel, Biutiful, and so on). "We might not be living under apartheid any more, but there are still loads of relevant issues to unpack," Rebelo said. "What is unfolding on our streets? What are people thinking and saying? These are the things I'm interested in."

In the end, despite some comic moments and unnecessarily excessive laughter from the audience on opening night, each person is actually living quite a tragic life. Unfortunately, some scenes change so rapidly that the emotion from one spills over into the next, dampening the effect of both and making me wish there had been more breathing room for each vignette to have its full effect. But take a stroll down Long Street and you'll realise that these people do exist and that one of the characters was right to say that we're all alone in this together.