By: Eugene Yiga
You're standing on the street. The green man is flashing, which means you have the right to cross. But a taxi is racing towards the intersection and will hit you as soon as you step off the pavement. What do you do? This seemingly simple question is the basis for Green Man Flashing, a wonderfully complex political thriller now showing at the Artscape Arena in Cape Town. 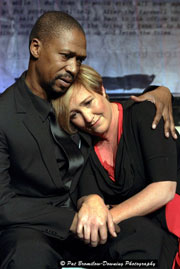 Written by Mike van Graan and directed by Hennie van Greunen, it all takes place six weeks before the elections in 1999. A woman is raped by her boss, a prominent black government minister on the verge of becoming the country's deputy president. So the ruling party sends two men to persuade her not to lay charges. One of them, who happens to be her ex-husband (and is the reason she got the job in the first place), tells her that avoiding a lengthy public trial is for her own good. The other tries to convince her that it's better to sacrifice her rights for the good of the party and the country at large. But her attorney friend wants her to testify so that rape will be given the attention that it deserves. Keeping silent would be tantamount to condoning what happened and might make it happen to someone else. What should she do?

The plot is also great. It was a little confusing at first, given that the play starts at the end and then uses flashbacks and fragments to jump back and forth in time and place. You really have to pay attention to figure out where and when you are, but it was so engaging for the full hour-and-a-half.

What I loved most is the fact that Green Man Flashing doesn't give you easy answers. Instead, it presents you with both sides of the argument and leaves you to decide for yourself. There are some tough moral questions about right, wrong and whether justice should sometimes take a back seat for the greater good. The conclusion seems to be that just because you have the right to do something doesn't necessarily mean that it's a good idea for you to do it.

The play first appeared back in 2004 (i.e. before the Jacob Zuma rape scandal, in case you noticed the ironic similarities) and has now become an academic set work in some universities and schools. Van Graan explained his intentions: "Green Man Flashing ... will hopefully continue to serve as a means to stimulate debate, to challenge dearly held positions and contribute, in a modest way, to personal growth by bringing new insights and, perhaps, to help us find comfort in grey, rather than black or white." Life may be fuzzy, but my conclusion is absolutely clear: this is a show you can't miss! 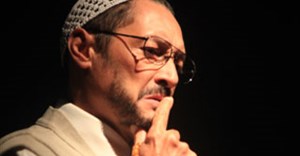 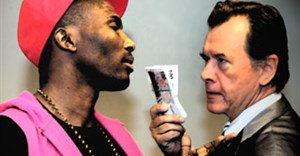