CBD oil is legal in South Africa. Here's what you need to know

15 Nov 2019 | Email | Print |  PDF
Issued by: IV V.O.F
In May of 2019, the Department of Health made the historic decision of making the cannabis derivate cannabidiol available for wholesale distribution in South Africa. The change comes in the form of a temporary resolution that will last 12 months and may be renewed in May of 2020. The future for cannabidiol, also known as CBD, in South Africa is uncertain. For the time being, you can find CBD products in local pharmacies, general stores, and even pizza shops. Here’s everything you need to know about cannabidiol, from its benefits to its risks.

The effects of CBD

Cannabidiol is an active agent found in plants of the cannabis variety, such as hemp and marijuana. It has calming, anxiolytic, and anti-inflammatory properties while also containing a number of vitamins, making it valuable for many different health applications.

CBD has been used to treat anxiety, epilepsy, muscle pains, insomnia, arthritis, and menstrual cramps with remarkable effects on all counts. It's also a powerful agent against acne and skin inflammations. These are just the well-substantiated claims with some scientific evidence to back them up. If anecdotal evidence is to be believed, CBD can do much more.

One thing CBD products won’t do is get you high. THC is the agent responsible for the psychotropic effects of marijuana. Any reputable seller, like Cibdol, will provide you with CBD products that contain only trace amounts of THC. Little enough that it won’t get you intoxicated or trigger any drug tests.

CBD products are now legal, but there are limitations on the market imposed by the Department of Health. First, any products in the market may only contain a maximum daily dose of 20 milligrams (mg) or less.

Second, CBD products can’t claim to cure or treat any specific condition. They can only advertise broadly about general health enhancement or promise to relieve minor symptoms.

Cannabidiol has become a hot buzzword in the current world market. A look at Google search trends shows that while there were almost no searches for CBD and related terms in 2016, the numbers have steadily increased since. As of 2019, Google now sees an estimated 6.4 million unique searches about CBD each month.

People aren’t just searching, they are also spending money. The sales of CBD products could reach one billion dollars this year and reach ten billion dollars by 2024. That’s According to Hemp Industry Daily, a trade publication that covers the market.

South African companies and retail stores took the recent legalisation as an opportunity to invest.

As of October of 2019, CBD is available for purchase on the shelves of Clicks and Dis-Chem, with prices starting at around R300. Other applications of the substance also appeared in the market. Col’Cacchino started selling pizzas with CBD oil at prices starting at R125, and Blowfish launched a sushi roll containing CBD oil. More recently, Alchemy Elixzar launched South Africa's first CBD-infused skincare line.

There are no known risks associated with CBD consumption. According to the World Health Organisation, the substance is non-addictive and shows no potential for being abused. 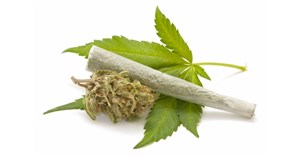 Changes to the scheduling of cannabis, THC and CBD explained4 Jun 2020 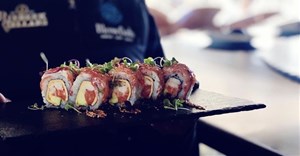