30 Sep 2009 | Email | Print |  PDF
PARIS, FRANCE: Christian Lacroix, whose show was always one of the hottest tickets in Paris fashion week, will be conspicuous by his absence from the round of ready-to-wear collections for next summer starting today, Wednesday 30 September 2009.
The notoriously loss-making couture house, which has been in administration since June, has only failed to stage a catwalk presentation twice since it was founded in 1987. This will be "the first time that a collection has not even been made", according to the designer's entourage.

The fate of the label will be known in the coming days. The house's activities have been put on hold since it presented a severely scaled down haute couture collection in July that was made with existing stocks of material and models giving their services for free.

There are no other notable absentees among the big names - Chanel, Dior et al - on a calendar as crowded as ever, despite the global downturn, with nearly 100 shows scheduled over nine days.

But there are some changes at the top, yet again at Emanuel Ungaro and Nina Ricci, which have seen a merry-go-round of chief designers come and go in recent years.

The house of Ungaro made the surprise announcement in New York earlier this month that it had entrusted its next collection to Spanish designer Estrella Archs with the help of Hollywood actress and paparazzi favourite Lindsay Lohan, named as the house's official muse.

The 23-year-old Lohan's film career hit the skids in 2007 after she was convicted for drunk driving and taking cocaine. But Ungaro's president Mounir Moufarrige says he hopes his celebrity choice will make the label "more cool" and boost sales, which have stagnated for three seasons.

Archs, formerly at Nina Ricci and Prada, replaces the young Colombian-born Estaban Cortazar, appointed only a couple of years ago amid much fanfare.

At Nina Ricci, British designer Peter Copping, former right-hand man to Marc Jacobs at Louis Vuitton, has taken over from Olivier Theyskens, with the brief to redefine the style of the house which soon celebrates its 80th birthday.

There is also a new face at Cacharel, Belgian Cedric Charlier, who started out at Celine before working with Alber Elbaz at Lanvin.

The label has had a succession of designers since its 1970s heyday with Liberty prints, most recently the Anglo-Japanese design duo Mark Eley and Wakoko Kishimoto.

One of the most keenly awaited shows of the week will be British designer Phoebe Philo's collection for Celine, where she was appointed artistic director a year ago.

The former star designer at Chloe, who took a career break to have a family, gave a sneak preview of what she has in mind for the label earlier this year.

At Rochas, Italian Marco Zanini, ex-assistant to Donatella Versace and artistic director of the American brand Halston, will be staging his first catwalk show for the label, after a showroom presentation last season.

Newcomers this season include British designer Giles Deacon, who until now has shown in London and New York defector, American Tim Hamilton, who already showed his menswear in Paris in June. 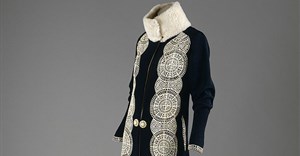 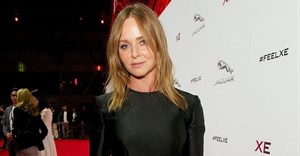 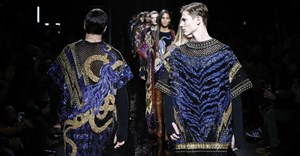