By: Issa Sikiti da Silva
The Television Industry Emergency Coalition (TVIEC)'s struggle against the SABC for the ‘restoration' of local content continues, but victory is far from certain. Three more people, all women, have gone on hunger strike recently to join the campaign, started by Michael Lee 31 days ago, to highlight what he calls the SABC's ‘injustice and inhumanity'.

“This protest is not designed to injure its participants. Our specific purpose is to create awareness that causes the community to put an immediate stop the threats to the nation's health posed by the SABC's lack of transparency,” Lee told a press briefing held today, Wednesday, 9 September 2009, at Atlas Studios in Johannesburg.

Mlisana, who was accompanied at the briefing by her crew, is currently producing a documentary on the SABC's local content budget cuts.

“If along the way, people do not manage with the hunger strike, they should stop. We don't want them to damage themselves,” Lee said. “The SABC's turn around plan seems to be a threat to the national interest - a strange position for a public broadcaster to be in.”

He warned that they will continue with their rolling hunger action until these issues are acknowledged and addressed satisfactorily.

Although invited to the briefing, no soul from Auckland Park did attend.

“Still not contacted us”

“The SABC has still not contacted us, or extended any human gesture of goodwill to those protesting,” Lee said emotionally, adding that it is now a big claim to say that the public broadcaster has become an ‘inhuman' institution.

“The slashing of local content spend will lead to the sharp decline of the creative industries. The way they have handled payments and contracts non-transparently has led to the closure of many companies and this process is accelerating.

“And what will be on the airwaves in the meantime? And who will create it? What is their plan?” Lee asked.

“The result? Repeats increasing steadily into next year and beyond, a similarly radical decline in original programming, and a crash in the local production company.”

Last week, SABC spokesperson Kaizer Kganyago told Bizcommunity.com, “Every broadcaster in South Africa shows reruns and sometimes several times a month. What should it be a big issue if the SABC repeats a programme?”

Eve Rantseli, of Women of the Sun and SASFED, said, “I support all the women who have joined the struggle. We feel let down by the government and the SABC.”

For more, go to www.hungerprotest.wordpress.com. 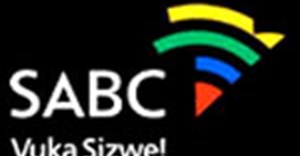