By: Shan Radcliffe
The Pizza Hut African Literacy Project launched in Cape Town yesterday, 4 April 2018, in collaboration with the READ Educational Trust - marking the first leg in the pizza franchise's mission to get more of Africa's children reading.
The project, which will take Pizza Hut Africa General Manager Ewan Davenport and his team across Africa on a route map that follows the shape of a huge pizza slice (in what they've dubbed the "Slice of Africa" journey), is Pizza Hut Africa’s contribution to the company’s global initiative called Pizza Hut: The Literacy Project.

Established in 2016, Pizza Hut: The Literacy Project was created to encourage literacy through providing reading resources and engaging customers to make a difference for the cause. In its first year, the global campaign impacted 15.9 million people and distributed more than 275,000 books and educational resources to communities in the US, Brazil, Canada, Costa Rica and South Africa.

“Instead of delivering pizza, we are delivering Red Reading Boxes from our NGO partner, the READ Educational Trust, and exploring the innovative literacy tools they contain with local children in each country,” says Davenport. “As 280 million people in Africa cannot read, the campaign is more relevant than ever. Literacy and reading can be real bridges to opportunity, and we’re focused on using our growing restaurant footprint in Africa to make a difference in the communities we serve.”

A little pizza and TLC

Cape Town's launch event at the Kloof Street Pizza Hut franchise hosted a group of children from the TLC Outreach Project, who were treated to pizza and Red Reading Boxes.

The themed boxes include a collection of short stories, as well as an activity book which can be completed in conjunction with the stories, using the supplied stationery. Val Kohler of the READ Educational Trust explains that it's not enough to get children to read, but to ensure they read with comprehension, and that is why the two books are used together. She estimates each box costs between R250 - R300 to produce.

During the event's proceedings, Tony Ozanne, CEO of the Marathon Restaurant Group Africa - a Pizza Hut franchisee - made the first donation of R10,000 on behalf of the group towards the Pizza Hut African Literacy Project, as well as another R10,000 to the TLC Outreach Project.

From Cape Town, Davenport and his team will go on to take Red Reading Boxes to 13 other cities in 12 countries in 22 days. As they travel, the Slice of Africa team along with Pizza Hut franchise partners will launch a customer donation drive in each country to raise funds that will be combined with Pizza Hut contributions to roll out as many boxes as possible.

This campaign also aims to bridge the cultural and linguistic divide by collecting stories at every stop that will ultimately go into a special Africa Edition of the Red Reading Box to be distributed widely across Africa on World Literacy Day in September this year.

Follow the “Slice of Africa” journey along its route and donate both in-store or online at www.pizzahutafricanliteracyproject.com
NextOptions
›
Email Print PDF
Follow 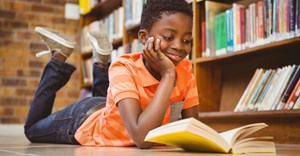