18 Feb 2019 | Email | Print |  PDF
Issued by: City Lodge Hotel
Demonstrating its ongoing confidence in and commitment to South Africa, the City Lodge Hotel Group has signed a lease and development agreement for the establishment of a 168-room Courtyard Hotel in Waterfall City north of Johannesburg with construction expected to start in March and completion scheduled for October 2020.

This “new concept” hotel – which will have 10 levels and include a rooftop bar and a 100-seater conference facility - will take the group’s number of operating hotels and those that have been announced or are under development to 64 in six countries in East and Southern Africa, offering a total of 8,160 rooms.

During the six months to 31 December 2018, average group occupancies fell to 58pc from 63pc in the previous interim period. In South Africa, where the group has most of its hotels, occupancies fell by three percentage points to 61%, largely due to depressed business and consumer confidence ahead of the upcoming national elections.

While occupancies in Botswana were three percentage points lower than in the previous year, Kenyan occupancies at the Fairview Hotel and Town Lodge, Upper Hill, Nairobi, reflected a welcome improvement, rising by four percentage points. Occupancies in Namibia continued to improve. The overall operating environment for the period was challenging across all of the group’s operations and brands.

Total group revenue increased by 3% to R807.4m, benefiting from the improvement in Kenya and a full period contribution from Town Lodge Windhoek. City Lodge Hotel at Two Rivers Mall Nairobi was partially open during the period and there was a small contribution from City Lodge Hotel Dar es Salaam towards the end of the period. In South Africa, achieved room rates increased by less than inflation due to tough economic conditions and a highly competitive operating environment.

Looking ahead to the second half of the financial year, the group expects trading conditions in South Africa to remain under pressure until the election has been held on 8 May.

“In the first six weeks of the second half of the financial year, some improvement has been noted, but this trend has not been consistently observed. The group is encouraged by the overall economic trajectory outlined and envisaged by president Cyril Ramaphosa which could play an important role in improving sentiment and activity,” group CEO Andrew Widegger said.

Following swift and effective action by the Kenyan authorities after the January terror attack on a hotel and office complex in Nairobi, the group expects the situation to normalise fairly quickly, evidenced by positive forward hotel bookings. Increased sales and marketing efforts will be focused on the group’s new hotels in Nairobi, Dar es Salaam and Maputo.
NextOptions
›
Email Print PDF 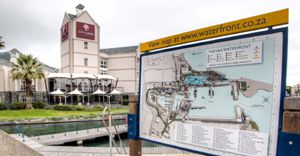 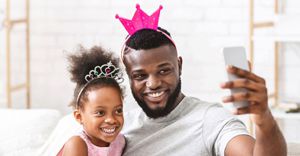 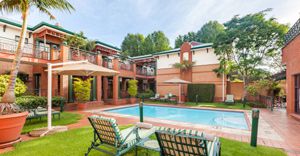 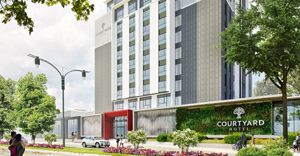 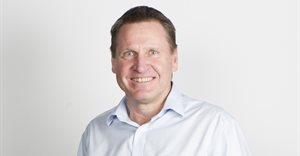