By: Daniel Dercksen
Films opening at South African cinemas, this week, include a new adaption of Fiela Se Kind; Losing Lerato; Dora and the Lost City of Gold; and Hustlers.

A story of the walls that separate us and the love that unites, Fiela Se Kind tells the tale of a coloured woman in 1890s Southern Africa who finds a white toddler on her Karoo doorstep and raises him as her own. Nine years later, he is discovered and sent to what is believed to be his ‘original’ family.

Separated by law and geography, they spend the next decade trying to find each other while simultaneously coming to terms with their individual identities. Dalene Matthee’s novel, which spans over 20 years, follows the journey of Benjamin, a boy with two names, and Fiela and Barta, the two women he calls ‘mother’ is masterfully adapted and directed by Brett Michael Innes, a bestselling author and award-winning filmmaker who wowed audiences with Sink.

It is a beautifully told South African action/thriller about a successful young black man who takes matters into his own hands by kidnapping his daughter after life, the law and the woman he once loved separate them. His actions put him on a collision course with the law and he finds himself in a high-stakes hostage situation.

Dora and the Lost City of Gold

Having spent most of her life exploring the jungle with her parents nothing could prepare Dora for the most dangerous adventure ever – high school. Always the explorer, Dora quickly finds herself leading Boots (her best friend, a monkey); Diego; and a ragtag group of teens on an adventure to save her parents and solve the impossible mystery behind a lost Inca civilization.

Directed by James Bobin. It is an adaptation of the Nickelodeon‘s series of the same name.

Inspired by true events, this comedy-drama follows a crew of savvy strip club employees who band together to turn the tables on their Wall Street clients.

At the start of 2007, Destiny (Constance Wu) is a young woman struggling to make ends meet, to provide for herself and her grandma. But it’s not easy: the managers, DJs, and bartenders expect a cut– one way or another – leaving Destiny with a meagre payday after a long night of stripping.

Her life is forever changed when she meets Ramona (Jennifer Lopez), the club’s top money earner, who’s always in control, has the clientele figured out, and really knows her way around a pole. The two women bond immediately, and Ramona gives Destiny a crash course in the various poses and pole moves like the carousel, fireman, front hook, ankle-hook and stag.

Another dancer, the irrepressible Diamond (Cardi B) provides a bawdy and revelatory class in the art of the lap dance. But Destiny’s most important lesson is that when you’re part of a broken system, you must hustle or be hustled.

They cook up an inventive scheme to get their lives back on the fast-track to success. The game is still rigged against them, so to even the playing field Ramona devises a special drug cocktail that leaves their customers helpless against the ladies’ charms. Nobody’s really getting hurt, they reason; it’s just like robbing a bank, except the men are handing them the keys. The women create a bond tighter than any family – until things get out of control.

Written and directed by Lorene Scafaria.

Read more about the latest and upcoming local films: writingstudio.co.za/south-african-filmmaking 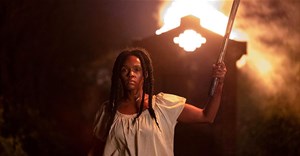