The 10 Greatest South Africans of all time

In a surprise departure from the BBC format of the popular series, Nelson Mandela was declared the Greatest South African of all; throwing the race wide open as the public are now being asked to vote for a winner from the other 9 Great South Africans who they believe most deserving of a place in history next to Nelson Mandela.

Every Sunday, for the next nine weeks SABC 3 will broadcast a 30-minute documentary on each of the Great South Africans. A celebrity 'champion' whose role it is to convince the public why their candidate should win will present each documentary. On December 9th, the champions will engage in a live studio debate after which the votes will be counted and the winner declared.

Commenting on the results, Anant Singh, Executive Producer said: "I don't believe anyone would dispute the fact that Nelson Mandela is the Greatest South African of all time. In terms of this process he received tens of thousands of votes more than his nearest nominee and our challenge was to ensure that we acknowledge the depth of greatness we have as South Africans. This way we can focus on the merits of the other nine and the public can vote for who they think should stand next to Nelson Mandela."

The Top 100 list of Great South Africans had many surprises, offering fascinating insight into what people regard as greatness. Added Singh, "It is important to remember that this list is a snapshot of a moment in time when South Africans nominated their greats. It's unique, it's disputable, but also fascinating."

Nobel laureates in the Top 100 were Nelson Mandela, F.W. De Klerk, Archbishop Tutu, Nadine Gordimer (#80) and Albert Luthuli (#41). The only beauty queen was Basetsana Kumalo (#74), while Zola was the highest ranked television personality (#21).

Husbands and wives (some now former) nominated, were Nelson Mandela and Winnie Madikizela Mandela who both made the Top 10; Walter and Albertina Sisulu and Miriam Makeba and Hugh Masekela. Father and son nominations went to the current South African president, Thabo Mbeki and his father Govan Mbeki.

Only 32 people who made the final 100 are deceased as voters have clearly favoured recent heroes and icons in South African history. Those who have been dead the longest, are Jan van Riebeeck and Shaka Zulu.

Entertainment was pretty high up too, with Afrikaans crooner, Steve Hofmeyer in at #32 and radio DJ, Jeremy Mansfield, at #53.

The first documentary to be broadcast on Sunday 3 October at 18:00 is a profile of legendary golfer Gary Player. At the end of the broadcast voting positions for the Top nine will be revealed.

Great South Africans is produced by Videovision Entertainment for SABC 3 and sponsored by South African Breweries.

1. Nelson Mandela - indisputably the Greatest South Afrian of all time.

Nominees 2 to 10 in alphabetical order: 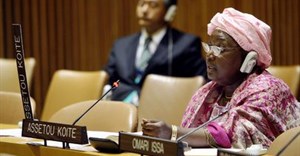 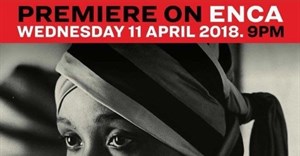