24 Oct 2019 | Email | Print |  PDF
The demand for certified organic honey is rising rapidly worldwide and supply cannot keep up with demand. In Africa, people reportedly consume more than three times the amount of honey the continent produces. Further down south, South Africa is also grappling to meet consumer demand, relying heavily on Chinese imports for its most popular natural sweetener in the world.

Challenges in the beekeeping industry

The rising demand stands in stark contrast to the rapid decline in bee populations which is posing a great threat – not only to various plant species but, ultimately also to food security. According to experts, bees are under severe threat from the combined effects of climate change, intensive agriculture, pesticide use and pollution. In a 2019 plea, the United Nation’s Food and Agriculture Organisation urged countries to do more to safeguard bees as part of the global fight against hunger and malnutrition.

Adding to the growing crisis is the fact that the majority of the world’s beekeepers are facing daunting challenges as a result of unsustainable agricultural practices like widespread chemical use, air, water and soil pollution and bee habitat destruction. Coupled with this, less-developed areas adopt subsistence farming practices like slash-and-burn techniques and traditional honey-gathering practices, which are having a negative impact on bee habitats.

South African beekeeper and founder of the AbelhaMoz project in Mozambique, Steve Joubert, says only happy bees make honey and that there is a large vacuum in the world for pure organic honey, bottled at source. "The crucial role that bees play in nature and agriculture is not always adequately understood by people who still see bees as dangerous pests rather than vital environmental partners," he explains.

A growing need for natural honey

"By working closely with communities and beekeepers in Mozambique, using conservation-friendly methods, our aim is to enhance the comfort of swarms and hives under our management," says Joubert. He points out that the coastal belt along the eastern edge of Inhambane province in the country is rich in various unique elements that make large-scale bee-farming sustainable in the long-term.

The AbelhaMoz Project is already making major inroads in countering the historic decimation of bee swarms by Mozambique’s traditional honey gatherers thereby significantly increasing the comfort, safety and strength of bee swarms within its operations.

These achievements have been made possible by applying modern beekeeping techniques, meeting or exceeding world-class organic honey standards and by deploying bee-friendly technology (and world-leading technical innovation where 625m² fenced-in areas called nodes are constructed to each house 30+ Langstroth hives).

More than 80% of South African ‘honey’ is reportedly imported from China. According to Wandile Sihlobo, head of agribusiness research at the Agricultural Business Chamber (AgBiz), data shows that imports of Chinese ‘honey’ into the country has spiked from 20 tonnes in 2001 to about 3 600 tons in 2017. On the state of the South African honey production and quality, Joubert says it is common knowledge that more than 70% of honey sold by retailers around the world, is not ‘real honey’ at all.

"Over the last ten years, vast quantities of adulterating components like corn, rice and sugar beet syrup have been mixed with natural honey to boost volumes prior to bottling and selling," Joubert explains. "The general public is largely uninformed about these false product claims and terms like ‘irradiated’ (disguises adulteration and origin) and ‘blended’ appear on almost every bottle or jar of honey sold. This misleading trend can only be stopped by better-informed consumers."

The AbelhaMoz project is driven by the challenging state of the international honey market which creates an opportunity to build not only a leading global organic and medical-grade honey brand, but also sustainable partnerships. To this end, Laeveld Agrochem, a leading agricultural services company, has played a critical role in providing the bulk of the funding for the foundation phase of the project in Mozambique.

Laeveld Agrochem marketing manager, Corné Liebenberg, says the community development and job creation aspects of the project presented an attractive opportunity for the company to get involved. "The AbelhaMoz project has a sustainable vision and focus. We believe in the underpinning philosophy of returns on investment for the local people involved in the project initiatives," he explains.

According to the World Bank native forests and woodlands in Mozambique cover 43% of the landmass, harbouring extensive biodiversity and unique landscapes capable of supporting beekeeping at commercial levels. This will not only see the communities supplying the local market but also has the potential for massive volumes to export.
NextOptions
›
Email Print PDF 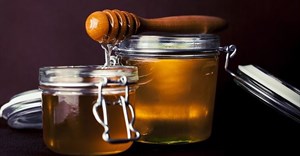 Common pesticides can harm bees, but the jury is still out on a global ban3 Jul 2017