In a first for female empowerment and for South African business, the Duke Group has launched Duchess - a 100% Black female-owned, Level 1 BBBEE-compliant, full-service production facilitator, committed to connecting industry needs and ideas with a network of production specialists, giving first option to female experts...

The Duke Group today announced the launch of sponsorship marketing agency, Champ, which forms part of its group of specialist agencies...

#WomensMonth: Tracey Jones, "Our strength as South Africans is our diversity"Article

With 20 years of experience in PR and communications across a range of sectors, Tracy Jones, founder and MD of Positive Dialogue is a force to be reckoned with. Here, she shares some amazing career highlights and personal tips on getting to the top in the comms industry...

Following the recent announcement of Suhana Gordhan's new appointment as ECD at the Duke Group and in light of Women's Month, we interviewed her to find out how this came about, and how she plans to lead the agency creatively and help change the narrative of the local advertising landscape...

As part of its #ACACaresCovid19 initiative to address various issues affecting the marketing, advertising and communications sector, the ACA will be launching a series of webinars...

Issued by Association for Communication and Advertising 3 Aug 2020

ACA Board of Directors and Executive for 2020/21 announcedArticle

The new Board of Directors of the Association for Communication and Advertising (ACA) for the 2020/2021 fiscal were elected at the 73rd Annual General Meeting held on Wednesday, 24 June 2020...

Issued by Association for Communication and Advertising 1 Jul 2020

Bizcommunity, in collaboration with the ACA (Association for Communications and Advertising), announces an exciting new content collaboration aimed at unpacking the economics and contribution of advertising to business...

#BizTrends 2020: Gearing up our people for the futureArticle

We can all ponder and debate the trends for 2020 - everyone has his or her own perception as to what will influence our industry most. But looking back on a fairly tumultuous past twelve months, the only thing we can truly be assured of is that, try as we might, it is fairly impossible to accurately predict what exactly will be heading our way in the next twelve...

ACA announces board of directors for 2019/2020Article

The Association for Communication and Advertising (ACA) has announced its board of directors for 2019/2020...

Duke, Mark1 and Positive Dialogue have combined their collective agency expertise to form the Duke Group...

ACA announces board of directors for 2018/2019Article

The Association for Communication and Advertising (ACA) elected its new board of directors for the 2018/2019 fiscal during its 71st Annual General Meeting...

This week, we find out what's really going on behind the selfie with Wayne Naidoo, founder and CEO of Duke... 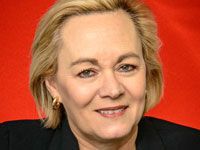 As the first phase of #BizTrends2015 comes to close, we'd like to take the opportunity to formally offer our thanks to all sponsors, contributors, partners, associates, suppliers and friends near and far for getting behind the BizTrends initiative... 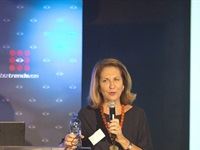 Some of the brightest minds joined Bizcommunity for the #BizTrends 2015 event at Inner City Ideas Cartel on Thursday, 12 February 2015.

What you missed if you weren't at #BizTrends2015Article

Here's what you missed if you weren't at the #BizTrends2015 event on Thursday, 12 February 2015, when Cape Town's brightest gathered at Inner City Ideas Cartel...

Launching a new independent, full service agency in this economy, in an industry which is now dominated by the international advertising networks, is an opportunity to innovate, says Wayne Naidoo...

Africa has unique stories to tell, its own problems, it needs its own solutions. Brands need to understand this and collaborate to create homegrown brands in partnership with the African consumer...

[Trends 2015] Power to the have-notsArticle

As conventional models of reaching consumers become radically undermined, initially by mobile, the very notion of what a consumer is will change...

Following the recent resignation of Wayne Naidoo from Lowe and Partners SA as well as the Association for Communication and Advertising (ACA), the ACA has announced that Nina Morris - CEO of morrisjones - was elected interim chairperson of the ACA Board.

Advertising agency Lowe SA has announced that CEO Wayne Naidoo is leaving to join a newly formed financial services group that will be rolling out in several markets throughout Africa. In his new position as chief marketing officer, he has a brief to launch and develop the brand across these regions.

A vision for Cannes Lions 2013Article

So Cannes Lions 2012 is done and we'll dive back into our everyday fight for survival, until the awards season swings around again. However, this short-term thinking is jeopardising the South African advertising sector, which is already under pressure.

Young talent from disadvantaged backgrounds, given a hand up and gaining real commercial experience so as to make them attractive in a competitive job market. This is the aim of three old(er) hands in advertising with a new Cape-Town based commercial venture, Old Friends Young Talent (OFyt), that hopes to help transform the ad industry from the bottom up.

Transformation: a matter of trustArticle

Significant milestones have been achieved in the past 10 years of working to transform the advertising profession, and these should be celebrated. However, it is agreed that South Africans now understand that transformation is a multidimensional process - getting the 'numbers' right in terms of equity is only but one step.

Lowe Bull is rebranding as Lowe and Partners South Africa after the international parent company acquired a majority share in the local agency. Its two offices become Lowe Johannesburg and Lowe Cape Town.

Time to own and hone the advertising industryArticle

We have long lamented the draining of the skills pool in the advertising industry. And many people have made good arguments as to why we are experiencing the 'juniorfication' of the industry and what we can do about this. However, I think that unless we are able to address this issue holistically, on an industry-wide basis, we risk a further spiral.

The advertising and media industries are bracing for stricter government regulation of alcohol advertising. It is an incredibly complex and global issue, so here is a framework to help contextualise what is actually going on.

Wayne Naidoo, Lowe Bull CEO, has been re-elected chairperson of the 2012 Association for Communication and Advertising (ACA) board of directors, and vice chairs include Mike Gendel, Gendel Strategic Marketing Group CEO; Nina Morris, morrisjones&co CEO; and Boniswa Pezisa, Net#work BBDO CEO. The new board was elected at the 64th AGM in Johannesburg last week.

At the Microsoft Advertising Imagine Istanbul 2011 conference that took place last week in Istanbul, Turkey, a panel discussion tried to find reasons behind the % adspend vs online audience (little money/big audience) disconnect in the MEA region. Overall, digital adspend lags more developed markets dramatically, even as digital audiences have grown and use of social media has familiarised people with digital environments.

The Association for Communication and Advertising (ACA) is the professional body for the sector and represents approximately 100 agencies, which collectively contribute almost 95% of the total measured adspend in South Africa. I became chairman of the ACA in November 2010 and am honoured to serve an organisation with such a long history (it was formed in 1942), excited because it is a time of such big change for the industry, and anxious that, as a profession, we are able to reinvent ourselves for a new era.

In a statement late afternoon on Wednesday, 8 June 2011, Lowe Bull CEO Wayne Naidoo regretted any distress caused by the Shoe City ad, saying it was never the agency's aim to encourage cruelty towards animals. "The 'cat' ad was never intended to cause offence at any point," he said. "However, we acknowledge that it is possible to interpret the ad in such a way that it looks to be in poor taste. For this we apologise. No harm was meant."

Wayne Naidoo (CEO of Lowe Bull) has been appointed the new chairperson of the Association for Communication and Advertising of South Africa (ACA) in place of Reinher Behrens. Two vice chairs were re-elected, namely Mike Gendel and Boniswa Pezisa, while Nina Morris took the third spot vacated by the election of Naidoo. Naidoo will chair his first official ACA meeting in the new year.

The new board of directors for the Association for Communication and Advertising (ACA) was announced at the 2009 AGM held earlier this week in Johannesburg. The new board will once again be chaired by Reinher Behrens. In life it has been said that graduation is not the end, it's the beginning, and the AAA School of Advertising has spent three years ensuring that the graduating class of 2008 is off to the best possible start boasting an exceptional education.

The Lowe Bull Group announced this morning, Tuesday, 25 November 2008, that as of 2009, it will be channelling its attention into two distinct communications areas - advertising and media - and has aligned its management team accordingly.

The Association for Communication and Advertising (ACA) announced its new board of directors at the 2008 AGM held earlier this week. Reinher Behrens was re-elected the chairperson and Boniswa Pezisa, Mike Gendel and Modise Makhene were elected as vice chairpersons for the next year.

The Association for Communication and Advertising (ACA) has announced its 2008 board, retaining 21 of the 25 members from the previous board, including chairman Reinher Behrens and two vice chairpersons, Modise Makhene and James Barty. The third and newly appointed vice chairperson is Boniswa Pezisa, group executive director of Network BBDO South Africa, also a former member of the ACA 2006 board.

From Dirty Skirts to dirty secrets at LoeriesArticle

The dirty little secret at Loeries this weekend, which no one wanted to really mention in public, but had plenty of opinion on privately, was the apparent inadvertent leaking of the list of Loerie awards results for most of the Saturday and Sunday night awards, by of all culprits – the Loerie committee itself. Loerie Awards MD Andrew Human called it an “IT error”, but industry folk were using much stronger language, with some award-winning creatives going so far as to call it a “disgusting oversight” which put a spoiler on the annual awards by taking away the element of surprise.

Wayne Naidoo, formerly the new business director, has been appointed as MD of the Lowe Bull Group with a core focus on new business development, while Kirk Gainsford will be taking over from executive creative director Porky Hefer. In addition, Lowe Bull has backed a start-up, below-the-line company, Mick & Nick, and bought a minority stake in brand design company Rex.

Jason Slinger has been appointed MD of Lowe Bull Cape Town, taking over from acting MD and group MD Gillian Rightford, who is to go on maternity leave. Rightford will return to focus purely on her role as group MD, following her break.

The Lowe Bull Group, consisting of Lowe Bull Gauteng and Cape Town, and Initiative Media South Africa, has announced its empowerment deal that will see 26% of the group's equity residing with previously disadvantaged individuals.