The DHL Stormers recently released a tribute video of Johnny Clegg's "The Crossing". The rugby team was joined by various artists and local celebrities to record and film the tribute video in their bye week at the beginning of March 2020... 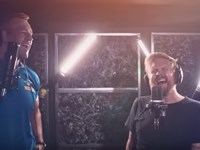 Pick n Pay has released a song featuring some of South Africa's most popular artists, to encourage consumers to shop responsibly during the Covid-19 lockdown... 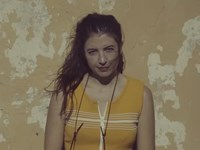 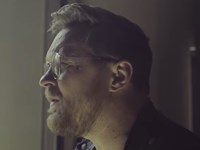 Francois van Coke releases the official music video for 'As ek kon' (If I Could) off third solo album, 'Dagdrome in Suburbia'. The song was written for his daughter Alex Lila, who also stars in the music video. The video was filmed by Johannes Pieter Nel.

Francois van Coke, Shortstraw, WONDERboom and more announced for Up the Creek 2020Article

The third batch of artists has been announced for the 30th Up the Creek festival which will be held at the Breede River outside of Swellendam from 6 to 9 February 2020... 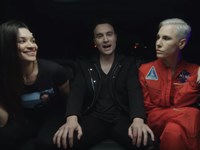 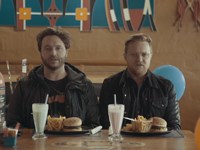 Francois van Coke to perform at CTICC in DecemberArticle

Afrikaans-language rocker Francois van Coke will be taking to stage at the Cape Town International Convention Centre on 14 December 2019...

The Cape Town edition of the Liefde By Die Dam concert will be held at the Meerendal Wine Estate in Durbanville on 16 November 2019...

Connect with your favourite celeb on myFanParkArticle

myFanPark is a newly launched platform that is transforming the way fans connect with local celebrities...

Kulula celebrates taking to the skies for 18 yearsArticle

Kulula, one of South Africa's most trusted and respected low-cost domestic airlines, celebrated its 18th birthday this August... 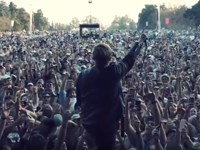 At least 18 months since his last single, platinum-selling artist Jesse Clegg is back on the music scene with his hot new track, "Let It Burn...

Denimwear brand Levi's has approached some of the country's leading influencers to help increase voter awareness and turnout amongst young people...

The 2019 instalment of Liefde By Die Dam will be held at the Emmarentia Dam in Johannesburg on 4 August 2019. Named after Valiant Swart's famous hit song, Liefde By Die Dam showcases the best in local music...

The IAB has announced its finalists for the 11th Annual Bookmark Awards that will be held at The Forum, Bryanston on 28 March 2019...

The first ever Beefstock Rock and Meat Festival will be held at the Bosheuvel Country Estate in Johannesburg from 23-25 November 2018...

Liefde by die Dam will be making its debut in Cape Town at the Meerendal Wine Estate in Durbanville on 17 November 2018...

Bianca Blanc is a singer/songwriter, hailing from Centurion, Pretoria who will be attending Music Exchange in Cape Town next week from 1 to 2 September 2018 and sharing her story of how she got onto the Deezer Next priority campaign.

The full list of winners for the 40th Annual Loerie Awards, which concluded on Saturday, 18 August 2018 at the Durban ICC, have been announced. Congratulations to all...

#Loeries2018: All the radio and audio finalists!Article

Finalists in the radio and audio categories have been announced for the Loeries 2018... 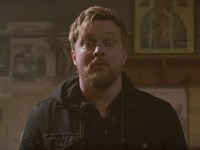 The fourth annual Blood Brothers will be held at the Zip Zap Circus School in Cape Town on 22 September 2018 and at the Platteland in Centurion, Pretoria on 29 September 2018...

The Republiek van Zoid Afrika live arena concert will feature Karen Zoid alongside some of South Africa's top artists, on Friday, 15 June at the Sun Arena Times Square in Pretoria.

The 2018 South African Music Awards (SAMA 24) nominations were announced at the Birchwood Hotel in Ekurhuleni on Friday 20 April. Mafikizolo, Mi Casa, and Simphiwe Dana lead the nominations, with three nominations each.

In the quaint village of Prince Albert, you can not only adopt a donkey and cultivate a rural lifestyle of leisure, but enjoy world-class live entertainment at its Showroom Theatre.

aKing will be sharing the stage with Crash Test Dummies, along with Wonderboom and Bed on Bricks, during the Canadian rockers SA tour this February. We swung a few questions through to lead singer Laudo Liebenberg to find out more.

Red Hot Events and Jägermeister have announced that Fokofpolisiekar will be performing at Up the Creek 2018. The music festival will be held at the Breede River in Swellendam on 25-28 January 2018.

On Sunday, 3 December, The Shimmy Beach Club celebrates its fifth birthday with a day of hot tunes, beach games and DJs; including Ibiza's B Jones and Shimmy residents, DJ Branny, DJ Sox, Minx and Gareth.

"We love what we do, as petrol heads and film nuts" - Young Gun FilmsArticle

I recently sat down with OJ Van Jaarsveld, account director for Young Gun Films to find out about their success in the niche world of car advertising and their recent foray into the music video space...

The Pendoring finalists once again reflect the richness of South Africa's cultural and language diversity, as 27 South African advertising agencies have produced 98 finalists in all of SA's indigenous languages (excluding English)...

Fokofpolisiekar will release their first full-length album in 11 years, Selfmedikasie (Self-Medication), on 3 October 2017.

In support of the Vrede Foundation, ten of South Africa's local rock legends will unite as one to become Blood Brothers on 30 September 2017 in the battle against cancer at The Good Luck Bar in Johannesburg.

Liefde By Die Dam returns to celebrate South African music by showcasing some of the best local talent, performing at the Emmarentia Dam in August...

After a brutal decade of rock ‘n roll, the rockers have decided to call it a night, ending it off with one last tour...

Rock in my Taal to rock Carnival CityArticle

Rock in my Taal with Francois Van Coke, Die Heuwels Fantasties, Saarkie and more to rock Carnival City on Saturday, 20 May 2017... 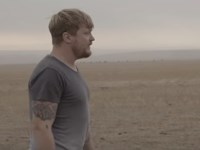 After launching its crowdfunding campaign on 22 March 2017 via Thundafund to raise money for their first full-length album in 11 years, nine days later Fokofpolisiekar exceeded their R500,000 goal.

Large On The Lawn postponedArticle

Large On The Lawn, an outdoor event planned to take place at Golden Harvest Park on Sunday 26 February, has been postponed due to rains in Johannesburg... 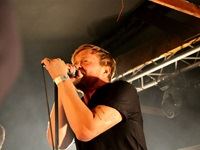