This film was filmed on location in Soweto and tells the story of a young black nurse living in 1985 apartheid South Africa who confronts her fears when she learns that her younger brother, an activist, may be in danger.

The film was presented as Morare's thesis for her MFA in film directing at Chapman University in 2019, along with Christine Cho in the role of producer.

Among its countless accolades are a BAFTA student nomination and a selection as a finalist in the American Black Film Festival's Annual HBO Short Film Competition in 2021. It has also been screened at some of the world's most prestigious film festivals.
NextOptions
›
Email Print PDF 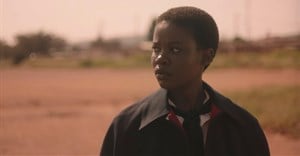