9 Nov 2021 | Email | Print |  PDF
The Unemployment Insurance Fund (UIF) has commenced payments to the Workers Affected By Unrest (WABU) Relief Scheme and has so far disbursed R6.4 million to 1,402 workers that were affected by the July 2021 unrest in Gauteng and KwaZulu-Natal.
In a statement on Monday, the department said the payments were made from applications received from 10 employers whose applications were tested against stringent criteria which involves checking if workers have been registered and declared with the UIF, monthly contributions are up to date, as well as physical inspections of affected businesses.

Since the opening of the application process in August 2021, the UIF has received applications from 500 employers on behalf of close to 16,000 workers.

UIF Acting Commissioner, Advocate Mzie Yawa, said that from the 500 employer applications received, the UIF has paid 1,402 workers, which is not a great number considering that 16,000 workers have applied.

“We are however, not worried about this seemingly low number because it shows the robustness of our verification process, which ensures that only those who meet our standards are fit for payment. Due to hard lessons learned from Covid-19 Ters payments, the UIF has had to vigilantly carry out due diligence and thorough verification before making any payments,” Yawa said.

He said that already, the Fund has identified several WABU claims that have been submitted to other insurance companies where salaries are covered, some applied for and shall get help from the Industrial Development Corporation (IDC) which also covers salaries in their intervention. Yet some of these employers still applied for UIF’s WABU benefit.

"We have also noted that some employers have used false SAPS case numbers and luckily our system can pick up through checks that the cases are not genuine. We urge all to act honestly, these are hard-earned monies for vulnerable workers, not get rich quick schemes," Yawa said.

Yawa added that some of the claims have been rejected because they have failed to meet the basic minimum requirements such as correct identity numbers, correct banking details, no UIF declarations and no UIF contributions found.

"We still have payments that bounce back due to incorrect banking details and we again appeal to employers to ensure that they supply us with correct bank accounts of their workers," he said.

Meanwhile, the UIF recognises that some of the rejected applications are caused by genuine mistakes committed by employers and will communicate with them to make corrections for workers not to lose their benefits.

“The bulk of the applications have been picked up as beneficiaries from South African Special Risk Insurance Association (SASRIA) and Department of Trade and Industry and Competition, and the Fund is running checks if those claims cover salaries and wages - and if they do, they will be rejected to prevent double-dipping,” the statement read.

The WABU benefit is paid directly into the employee's bank account and is calculated at a flat rate of R3,500.

The benefit is de-linked from the UIF’s normal benefits, meaning workers’ accumulated credits are not used to calculate the benefit amount payable to the beneficiary. This is to enable workers who have no credits to receive financial support whilst their workplaces are in the process of rebuilding or reopening.
NextOptions
›
Email Print PDF 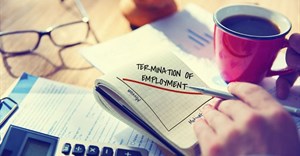 False termination information could end in criminal liability1 day ago 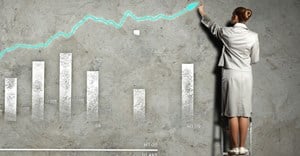 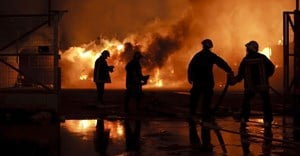